Ho! ho! ho! We witnessed yet again another night of glitz and glamour as the 85th Academy Awards came to it’s conclusion last night at the Dolby Theater.  The (my) Oscar fever ain’t over yet though as I am naming my top 10 Best Dressed for this year’s ceremony. 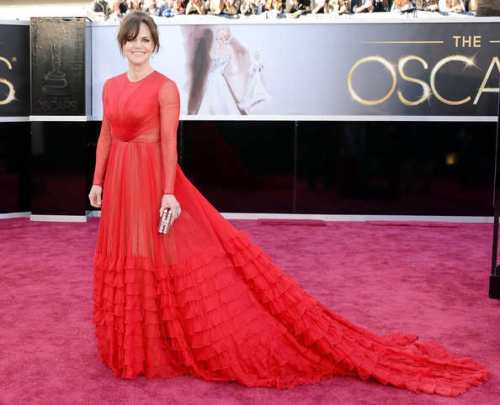 Sally Field was wearing a red Valentiono ball gown with overdone ruffles along the skirt! I totally loved it!

Big winner Jennifer Lawrence shines at the red carpet with her voluminous Dior gown which caused her to trip on her way to the stage to receive her Best Actress throphy.

Like Lawrence, Charlize also wore a white Dior dress which reminds me of the White dress explosion from last year’s ceremony. She still pulled if off though and I’m loving her in this dress!

Amy Adams was wearing a feathery and fluffy Oscar de la Renta gown and she’s looking all so marvelous!

Halle Berry wearing a black and silver striped dress custom-made by Donatella Versace
especially for her. This is just beyond! Halle needs to get rid of that do but she’s just beautiful right? 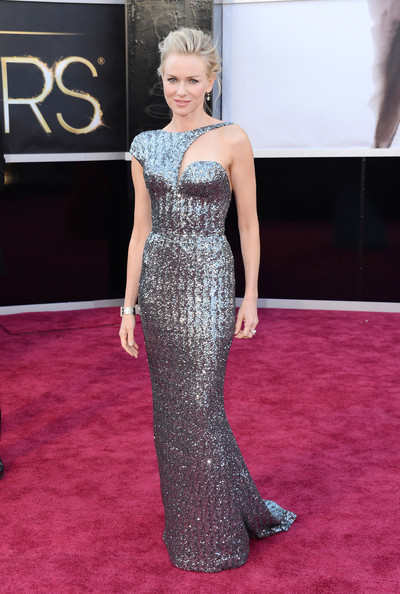 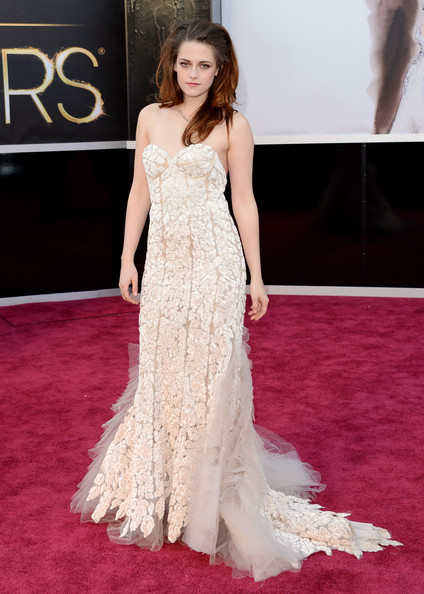 Kristen Stewart was in a very beautiful Reem Acra gown who walked the red carpet in crutches. The actress apparently had her foot cut on glass two days before the big O. With or without the crutches, Kristen is rocking this look effortlessly! 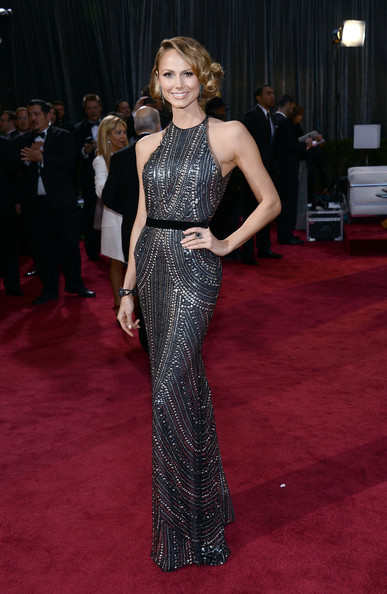 Stacey Kiebler looked perfect in black and silver gown from Naeem Khan’s enviable 2013 fall collection. This girl sure knows how to walk the red carpet! She’s made it on our list again!

She may have lost the big prize to Jennifer Lawrence but she clearly out-staged the Best Actress winner at the red carpet. Jessica was looking oh-so-good in a sequined Armani Prive nude gown. This girl’s flawless! She’s definitely my ultimate best dressed!