Kevin Davy White singing a Santana song is perfection to the hilt. Seriously, this guy is way ahead of his competitors. He is very likable, has a great image and sings like a proper popstar! If he continue this way, he’s on the right track of winning it all.

Admittedly, this isn’t Matt Linnen’s best performance but it was much better than most of the contestants tonight. And he’s fucking beautiful. Again, he is still my top act to win it all even though Kevin totally outperformed him.

Rai-Elle Williams’ Bailando’s performance is fun to watch and Rai-Elle has so much to offer but I still find her a bit too young and perhaps, her voice not that mature yet. For now, she’s got 2/10 chances of winning this show.

I’ve to agree with Simon on this one. This isn’t Grace as an artist. I know her purpose is to show her versatility as a performer but she’s looks uncomfortable af on that stage. I wished she sang another original. This is her worst performance to date in my opinion.

Holly Tandy’s performance is just cringe-worthy. She butchered the song into oblivion, it’s a good thing she looked so damn pretty while singing it!

This for me is Alisah’s best performance to date because she’s good at belting notes and this showcased her versatility. Unlike Grace, Alisah’s personality suited this transition much better. I still think that she’s got work to do about her diction and pronunciation but homegirl’s determination is there so I’m expecting her to go far in the competition.

Traceyleanne Jefford is one of my favorites this season so I was really sad to see her leave. I thought Rai-Elle should’ve gone home instead but it’s obvious that the public doesn’t really care much for her since she was also at the bottom two last week. 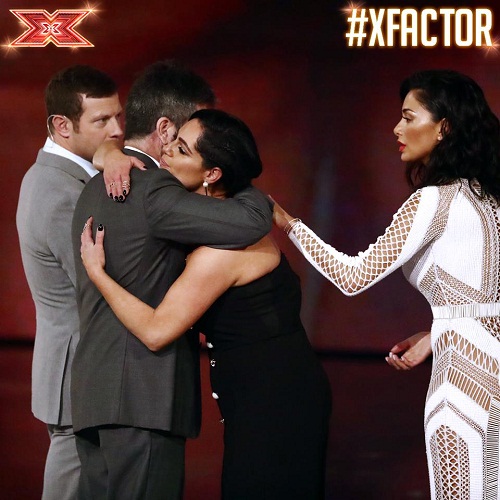 Youtube videos and images are all from the X Factor.