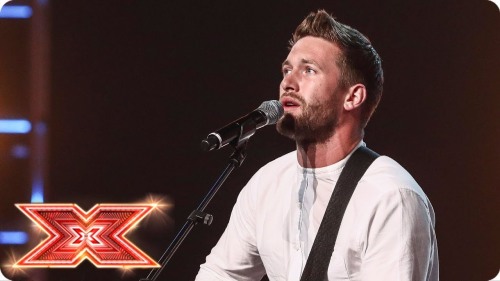 It’s taken me half the week to finally have time to watch each performance and I’ve to say that I am more than impressed with the talent that went through last week and will be battling it out on next episode’s Six Chair Challenge.

The first stage of the bootcamp was The Wall of Songs were 35 songs are offered for those who made it through the audition round and will sing it as a group in front of the panel. Most of the performances were cringe-worthy if I’m being honest.

And like what Simon said which I wholeheartedly agree with, Grace Davies group who sang Say You Won’t Let Go by James Arthur was one of the better groups –  if not the only decent one.

1. Matt Linnen is definitely leading the pack this season. He’s very good looking and has a really good vocals – not very current but marktable enough. He’s like the better and hotter version of Matt Cardle.

2. Sean and Connor Price – if there is one act that could potentially derails Matt’s winning the title, then it could be them. They are very charismatic and very current and has decent voices. Plus, we need to have a new pop group/duo sensation to top the charts worldwide and I really, really believe they could do it.

3. Holly Tandy is a surprise for me. I didn’t think she could pull off Sign of the Time by Harry Styles. She’s my favorite amongst the girls this season.

4. Berget Lewis is again, flawless. I’m just not sure right now how relatable she is with the audience.

The rest are just so-so for me. The CutKelvins and Grace Davies didn’t really And I am not even going to mention Alisa Bonaobra begging for a second chance. I mean, she’s a good singer but I find it unfair for the other girls who weren’t given another chance only because they didn’t beg and cry on stage. It was really awkward to watch.

One of my early favorites, Anthony Russell made it through the first round but had to withdraw since he admitted that he was on drugs during the audition. He was apparently asked to leave and come back next year, clean. I’m hoping he’d come back tho.

Who are your favorites this year?