Recap: Philippines’ Next Top Model Cycle 2, High Street – Episode 10 The Girl Who Took A Shot In The Dark (Final Four)

No matter how predictable this season has been so far, it’s still a surprise that Janny was sent packing after failing to impress the judges during the pen-ultimatum episode of the second cycle of the Philippines’ Next Top Model.

Janny has everything going for her at the start of the episode booking three out of four go-sees resulting to a challenge win rewarding her ten extra frames for their next photoshoot. A photoshoot which host and judge Maggie Wilson will be shooting herself. It was another beauty shoot and the ladies are void of anything but their glow in the dark make up and their ability to still stand out amidst their features being blacked out.

Adela’s photo is a vision in itself! It’s a beautiful make-up editorial that can be seen in any fashion magazines. I won’t be mad if Adela end up winning this whole thing.

I liked Angela’s photo but as Rafa said regarding Ina’s “best shot,” this for me is another art piece and not an editiorial shot. I honestly don’t see that much of a difference between her photo and Ina’s shot..

On a side note: Angela is obviously the ‘chosen one’ and I’d definitely bet my money on her. If TV5 and the other sponsors will have a say on who should win, I’m gonna say it’s a toss-up between her and Adela with the latter having a slighter edge but if it all boils down to the judges – Angela has it in the bag.

Ina’s photo is not the best, IMO, but again – it wasn’t as boring as Janny so I kind of agree with her being in the bottom with Janny. I’m just glad she made it through. She’s one of the strongest models in the house and it’d be such a shame if she don’t get to walk the runway in the finale. Unfortunately for her, it looks like she’s getting the runner-up edit.

During the credits, a sneak peak of the Top 3 was shown with them shooting a Meg Cover with resident judge Rain Dagala. I thought Adela killed the BTS and I’m excited to see the final results. My initial thought is that this isn’t Ina and Angela’s kind of magazine. They’re just too high fashion for Meg. Meg is like Seventeen Magazine and Adela is just perfect for it. So let’s see how this would play out to Adela’s advantage. 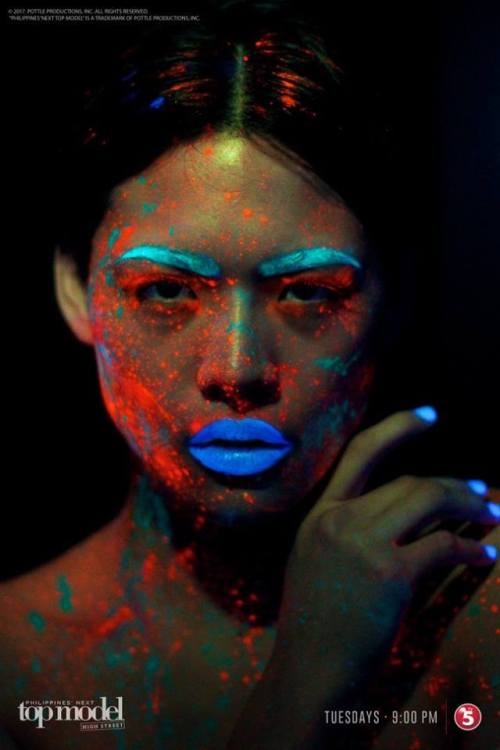 This isn’t the chosen photo of Janny in the show. ‘Will update this once they posted it.