Last Week’s episode was a non-elimination one with Janny and Blaise being spared from the chopping block. Angela once again reigned supreme winning another best photo – a photo which she herself chose. It’s brewing to be a battle between Angela and the girls and this week’s episode is no different.

The girls are so fortunate to be guided by the internationally renowned indie film maker, Brillante Mendoza for a Smart OPPO photoshoot!

Janny and Blaise struggled the most during the shoot whilst Angela, Adela and Ina breezed through it like true superstars! I especially loved Ina and it looks like the stage was set for an Angela vs Ina finale. I just cannot see the rest of the girls usurping this two.

At panel, Ina was adjudged to have the best commercial winning an additional P50,000 from Smart. She was followed by Angela, then Adela. 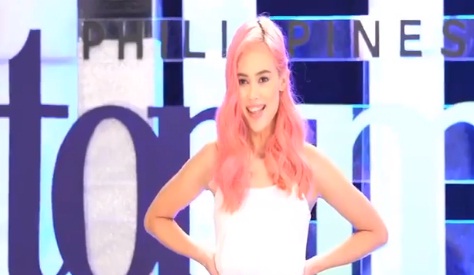 Blaise was criticized for not taking this opportunity seriously whilst Janny for her ability to actually deliver the goods when it matters.

Blaise end up going home this week. It was a deserved one.

Next week’s episode is the most awaited go-see challenge! The final four will battle it out to see who will be booking jobs the most! For their photoshoot, they will be posing alongside Maggie Wilson!!! Yay! Exciting!