Challenge: It was a make-up challenge and the girls were taught techniques on how to do their make-up and after having half of their faces done by professional make-up artist from MAC Cosmetics, the would have to do a night look on the other half of their faces.

Can I just comment how Janny’s new look still leaves me breathless? She looks exceptional. If she doesn’t open her mouth, she’s a total perfection.

Sarah won the challenge which gave her an advantage for their next shoot.

Nonetheless, the rest of them got some gift pack from MAC cosmetics and back at the model house awaits another gift for each girls from SM.

This week’s photoshoot was a beauty shoot where they will be given one word each which they have to channel in their photos with a kitten! 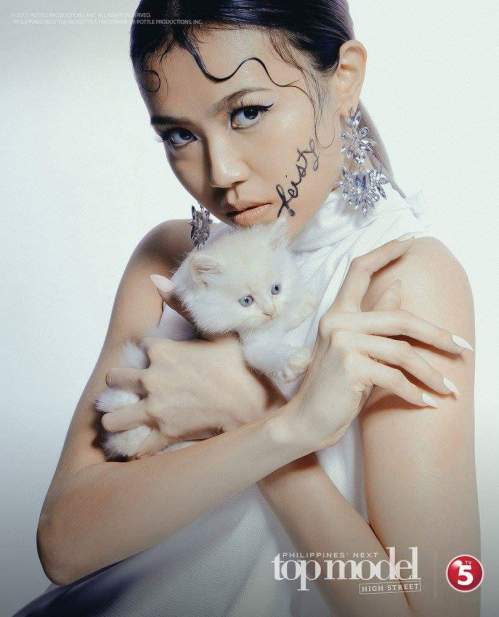 Aivie (Feisty)
I do not find this feisty at all. It looks a bit forced If I’m being honest.

Blaise (Quirky)
During the shoot, I thought Blaise was bringing it but the end-result was a bit of a let-down. I honestly cannot believe that it was her “best” shot.

Ann (Desirable)
Maggie said she needs to work on her eyes but I thought it’s the redeeming factor of the photo. She looks exceptional in it but truth be told, girl need some energy for she is fading.

Ina (Seductive)
After this episode, I can now easily and personally conclude that Ina is the most beautiful aspiring top model this season. Beautiful doesn’t cut it tho. She needs to step it up. This picture isn’t showing seductive at all. It’s saying pretty, almost too pretty.

Adela (Sassy)
Rafa absolutely adore Adela’s picture. I don’t get it. After getting that pink hair – it’s like she suddenly developed a resting bitch face. 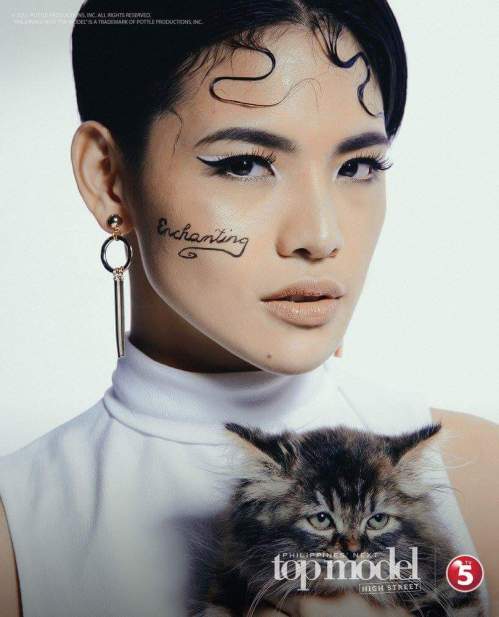 Sarah (Dainty)
Rafa loves it and I think the judges were all in agreement so it was such a surprise for me that she didn’t get the first call out. Hhmmm…

What’s even more surprising is the lack of deliberation this season. I mean, they should at least show a bit of it. Oh well…

Kim (Mysterious)
It’s such a shame that Kim could not deliver an FCO-worthy photo. She’s got all the goods but based on her interview, it felt like she thinks that she’s too good for the show. Kylie and Maggie were already coaching her during the shoot but she was not listening at all. I agree that it is the worst photo in the bunch so her elimination was a deserving one.