At this week’s episode, Loretta found herself bouncing back from the bottom pit of last week’s elimination barely surviving the cut by winning the make-up challenge. A challenge win she shared with fellow contestant from Hong Kong, KB.

For their photoshoot, the girls will have to impress the judges by igniting romance out of their shoot with  a partner – a male model that is!

This week first call out was given to Monika  – although not my most favorite photo in the bunch, I thought it was at least in the top three. That’s just for me though. I just really loved Amanda’s shot! 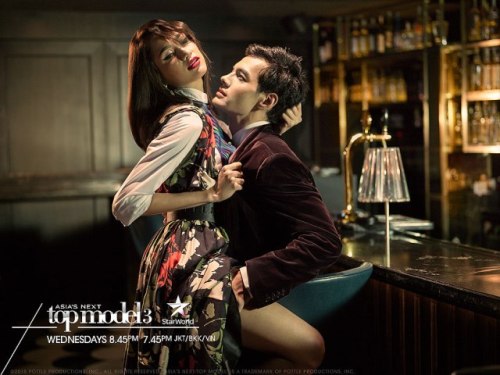 Monika finally getting the top spot!

Did you expect a double elimination this early and do you think the Celine and Loretta deserved their early exit in the competition?

photos via asia’s next top model