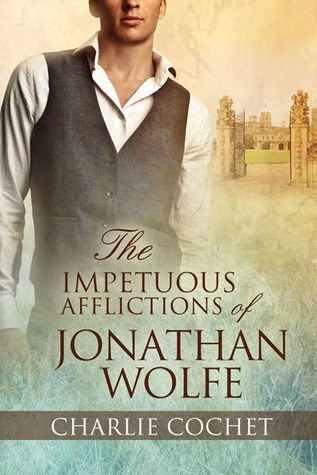 Blurb: Eight years after leaving the deserts of Africa and the French Foreign Legion behind, Jonathan Wolfe has settled into life at Hawthorne Manor in the English countryside. Johnnie helps his adopted family run the manor and provide a safe, loving home for a new generation of “brats”: boys mistreated and discarded for their homosexuality—something all too familiar to Johnnie. Although no longer an unruly youngster, Johnnie is as stubborn, foul-mouthed, and troublesome as ever. His recent rash behavior becomes a concern for those closest to him, especially Dr. Henry Young, the only man ever to capture Johnnie’s heart. Instead of soothing him, their closeness brings Johnnie’s insecurities from an unsettling past to the surface, and leads to an explosive situation that threatens to tear them apart. Then Henry’s past catches up to them….

This review is going to be real quick. First let me tell you the one thing I didn’t like about this story – it’s the hot tempered Johnnie who’s now several years older but still none the wiser. His constant misdemeanor towards Henry and the rest of the people in the manor just rubs me up the wrong way especially when they keep on forgiving him without actually letting him learn a lesson or two. I understand that what he’s been through during his youth was traumatic, I get that he’s insecure and all but didn’t all the boys in the manor went through the same thing one way or another? I don’t know, it’s just so annoying. Aside from this, the book is still semi-gold for me.

I loved that we see Chance and Jacky again with Bobby and Alexander and the “brats.” I just absolutely adore the scenes with them especially with little Elliot. What a sweetheart! They’re the one thing that got me going with the story. Truth be told, I wasn’t even paying attention to Henry and Johnnie’s love story. It was almost secondary. It’s as if the story revolves around the household of Chance and Jacky. It’s a beautiful story nonetheless so if you’ve read the first book, make sure to read this follow up!

About The Author
Charlie Cochet is an author by day and artist by night. Always quick to succumb to the whispers of her wayward muse, no star is out of reach when following her passion. From adventurous agents and sexy shifters, to society gentlemen and hardboiled detectives, there’s bound to be plenty of mischief for her heroes to find themselves in, and plenty of romance, too!

Currently residing in Central Florida, Charlie is at the beck and call of a rascally Doxiepoo bent on world domination. When she isn’t writing, she can usually be found reading, drawing, or watching movies. She runs on coffee, thrives on music, and loves to hear from readers.