I was out of the loop last week because I had to travel south for a little vacay and I’m totally unable to watch said episode. Anyway, I gathered some thoughts from friends and their consensus was that Jan and Adela totally killed this shoot whilst Janelle (she was one of my favorites during the first episode) was  apparently a ‘drama queen’* who needs to get the boot pronto and she actually did. Ouch!

Here are the results of the first photoshoot of the season! 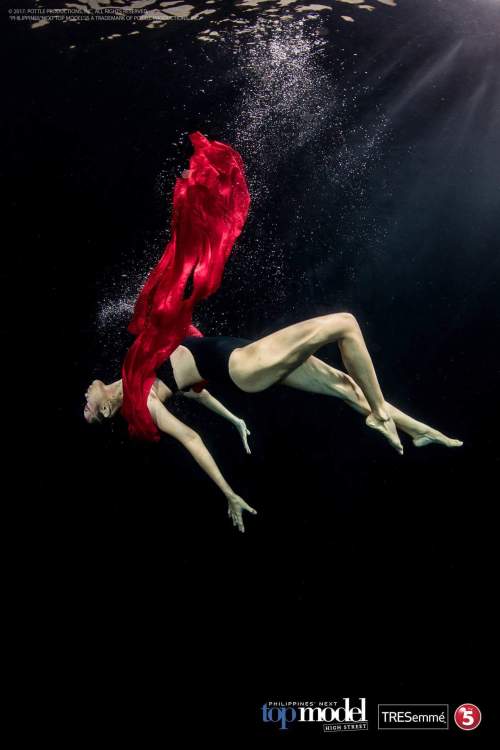 Jan claiming that first “First Call Out” of the season! You go girl! 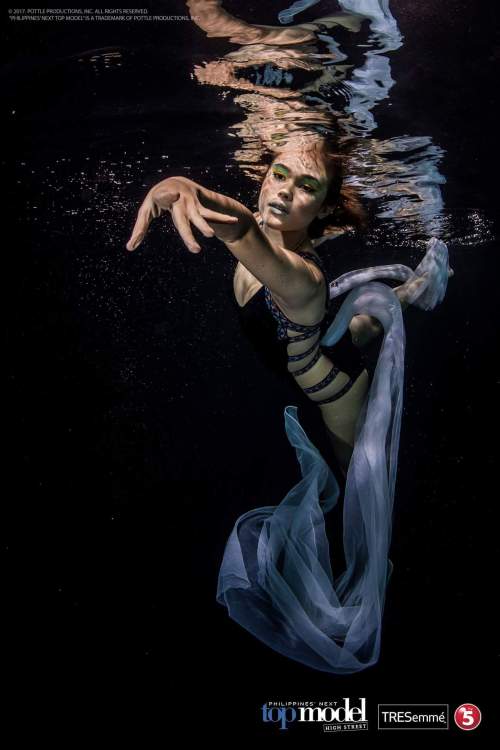 I really like this shot of Adela! A very deserving high call out! 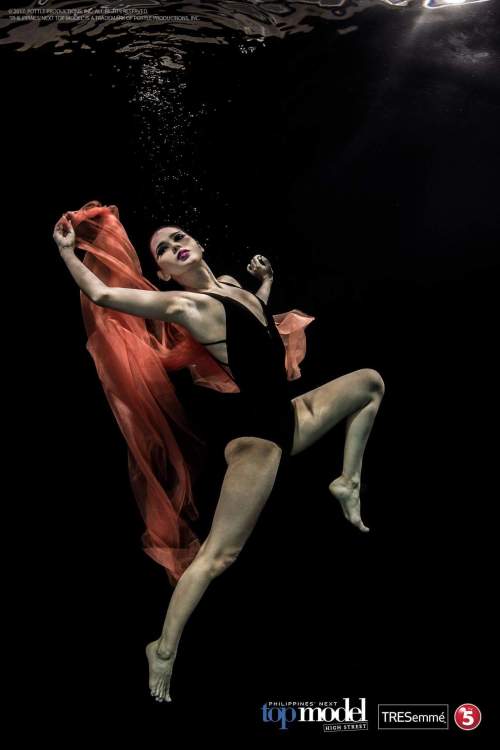 Wow! The short girls are giving the taller girls a run for their money! Sarah is killing it! 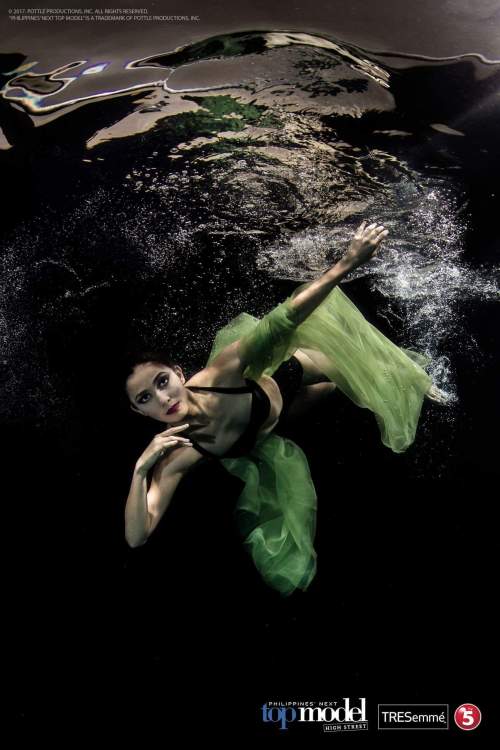 This is honestly my favorite shot in the bunch! I still don’t remember Blaise or anything about her but I thought she totally nailed this shoot! 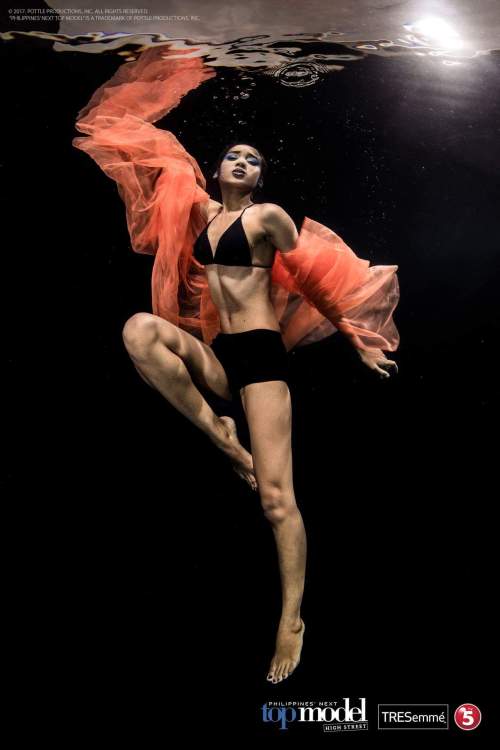 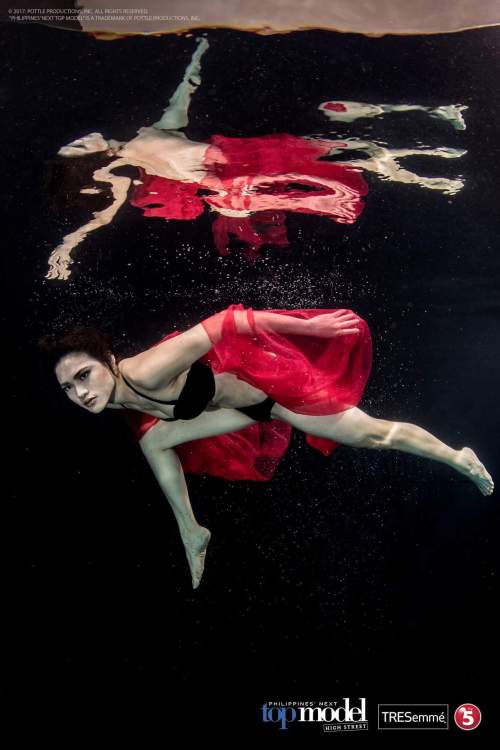 This is a very strong shot from Janny! Loved it and keep the THIRST! LOL 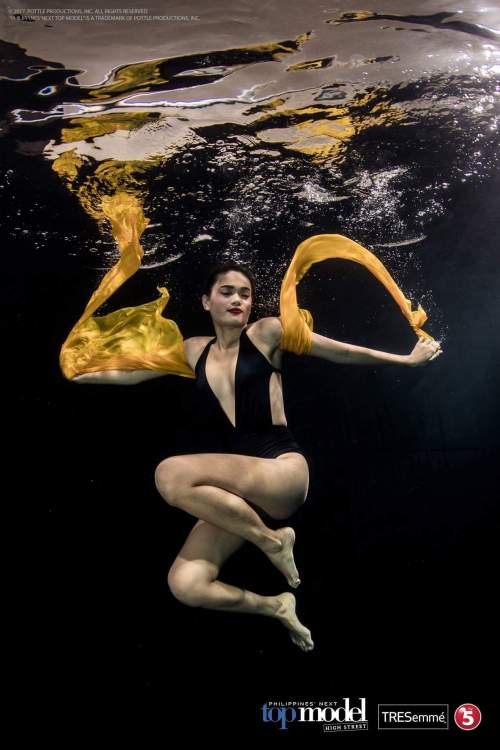 I don’t know what exactly happened but this wasn’t a really flattering shot from Ann. Expectation vs Reality? 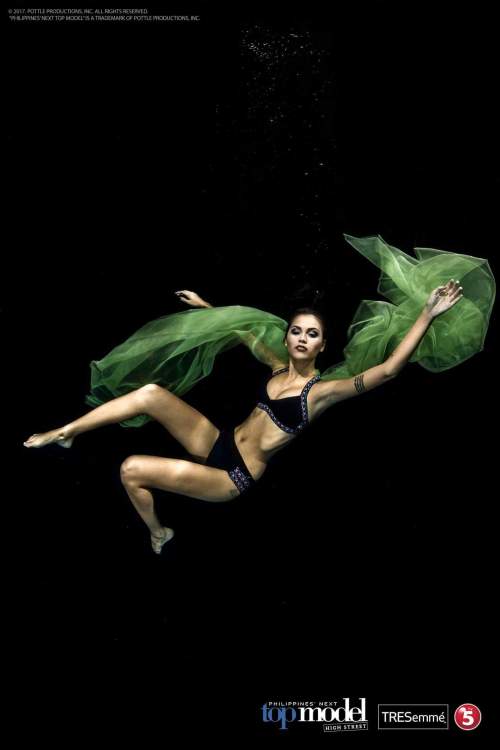 I thought Angela’s shot was far better than Kim’s if I’m being honest. 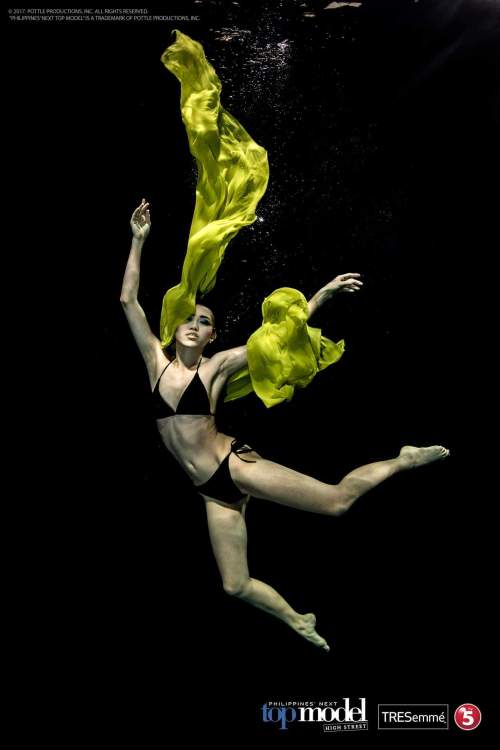 Wow. I just loved Aivie’s shot. I loved the overall composition of this photo! 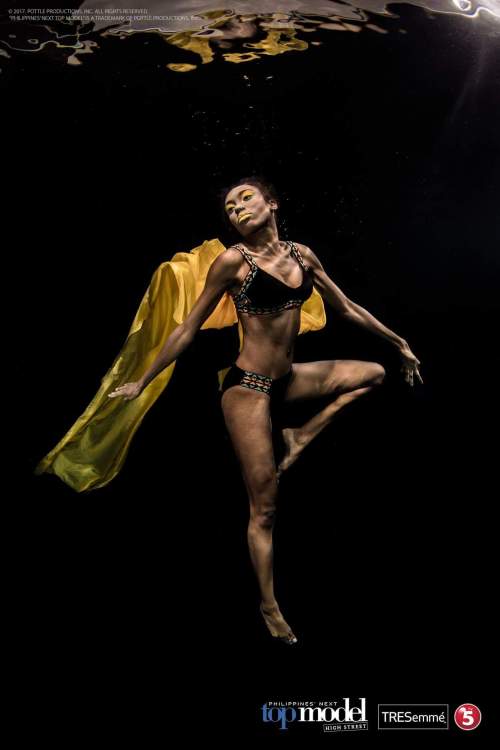 Shekie, girlfriend you really need to step it up next time! 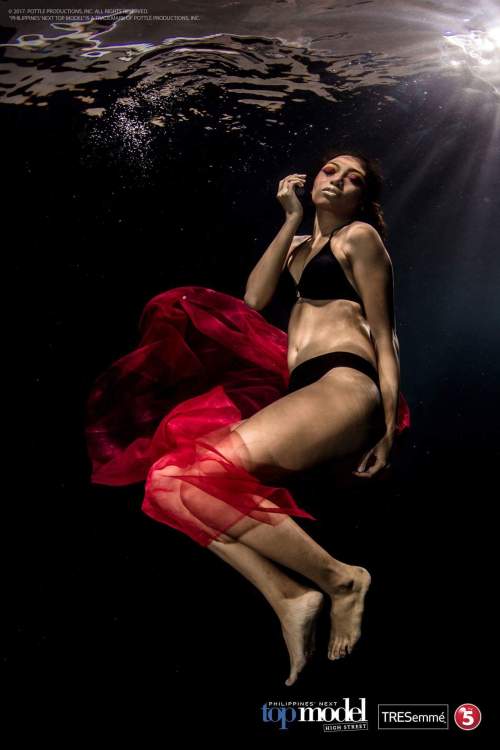 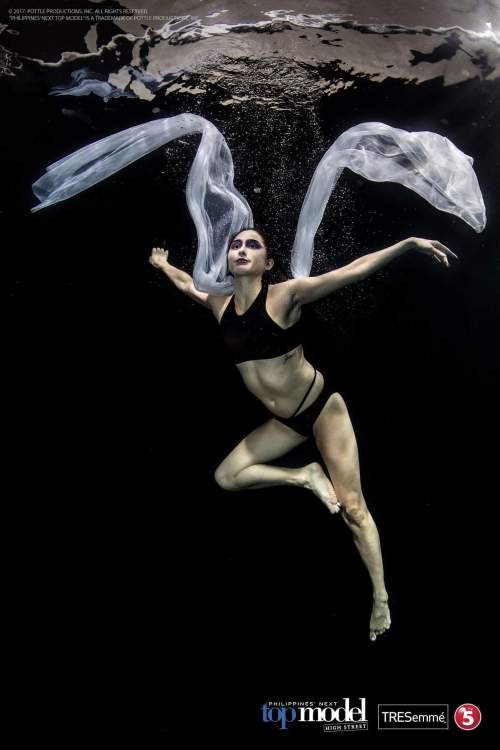 all photos are coutesy of the official Philippines’s Next Top Model Facebook page.

And the long wait is finally over! So I guess the petition page that I made a couple of years back is totally moot now because tonight, we’ve witnessed the premiere of the second cycle (version?) of the Philippines’ Next Top Model with the tagline – High Street. So is it safe to say that they’re looking for someone that is both high fashion but easily marketable? Who doesn’t tho? lol. Anyway, it’s a glorious premiere! I am so amazed by the sophistication of the whole process. It wasn’t draggy tho the excitement was rather lacking but it’s a really good premiere nonetheless.

It started with host ‘The Amazing Race Asia winner and former Miss Philippines’ Maggie Wilson doing a voiceover of the audition held nationwide then fast-tracked to the 24 ladies who will be facing the other judges hoping to make it through the next round – that panel of judges along with Maggie includes Professional Models Association of the Philippines (PMAP) current president, the cutie Raphael or Rapha Kiefer, stylist and magazine editor Rain Dagala and model mentor and reigning Miss International, Kylie Verzosa. 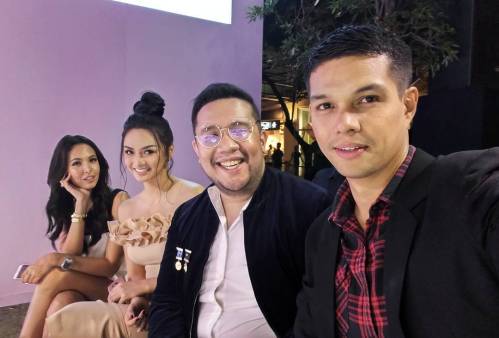 So, what can I say about the judges? I honestly don’t have an idea who Rapha and Rain are but I loved the dynamics of this panel. They seemed to be getting along so well and I could already see Rain making okray the girls sooner or later and I cannot wait for their (Rain and Rapha!) fangs to come out! Haha! Rapha is a real charmer on TV while it’s a bit difficult to really distinguish  who’s actually (should really be) hosting during the judging of the 24 ladies. I mean, Maggie and Kylie are both beautiful but they’re almost interchangeable! But hey, it’s a great panel and I cannot wait for the first judging of the photoshoot next episode!

Based on this episode, I already have my final three but naturally – we have to see in at least the first two to three episode who will actually be impressing the judges (and the ones who will be getting good edits) as the weeks go by…

Let’s meet the final 12! (in order of announcement) 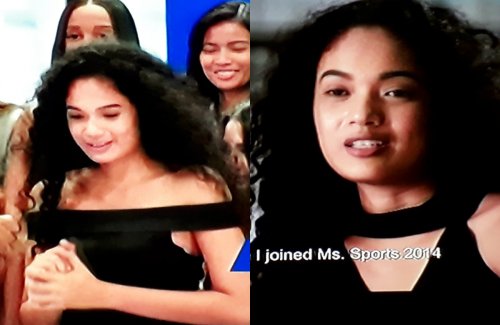 Ann is 20 from Bohol. I loved Ann! Her hair is one of her assets but she needs to step it up because the competition is real fierce. I’m fairly sure she’s already dreading the upcoming make-over. ( She’s also my number 1 amongst the top 3!!!) 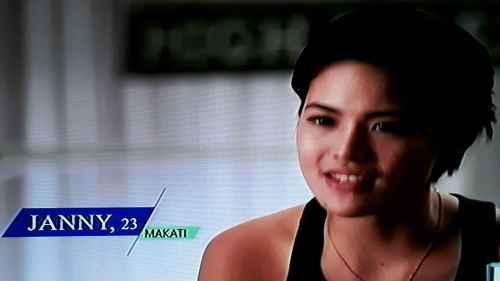 Janny from Makati used to be bisexual who is now a lesbian or something like that. She’s actually very intereting! I didn’t expect her to make the cut but she’s got something (a story? the hair?) that is very endearing. Let’s see how far she’d make it. Oh, she also got a cute little son! ❤

Ina’s another strong contender. She’s one of the three dark-skinned girls who made the cut and again, the hair! Gosh! She looks amazing with that hair but I’ve a feeling that they’re gonna change it drastically. We can’t have two Ann’s in the show after all. I think she also said something about hailing from the Bahamas (need to verify this) 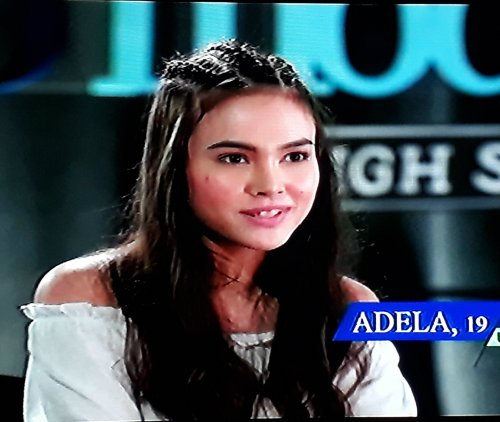 Adela is only 19 and was originally from the United Kingdom and has been living in the Philippines for about a year now. She looks really sweet and she’s also very articulate. Not sold on her yet – I’m seeing her getting  the boot in the next few episodes. 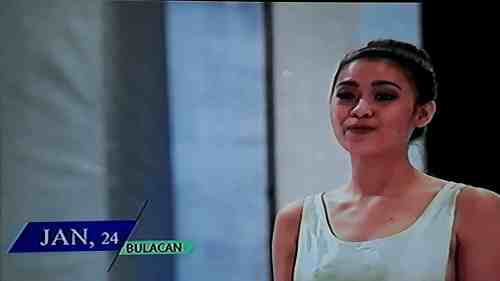 Jan, 24, Bulacan. I loved her sincerity. I think she’s got great potential but an early exit for her is not that far-fetched. 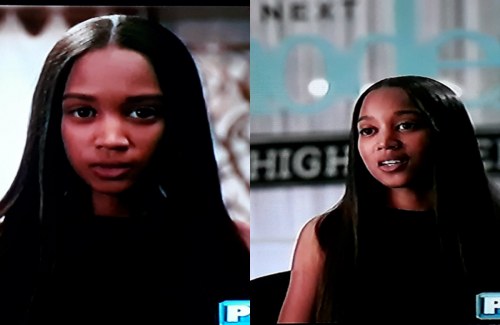 Kim is 21 years old from Bacolod and she’s done a lot of local modelling stint including different runway and fashion shows in her turf. His father is half-Dutch-half-black-American from Suriname and his mom’s a Filipina. She reminds me so much of Camile from the first cycle of the the original show! Girl is FFIIIEERRCCEEE!

Blaise, 20, Chicago. I honestly didn’t expect her to make the cut but I think she got some big brownie points from model mentor Kylie Verzosa because they share the same advocacy regarding mental health. She’s currently a cheerdancer and a college student at the Ateneo de Manila University. 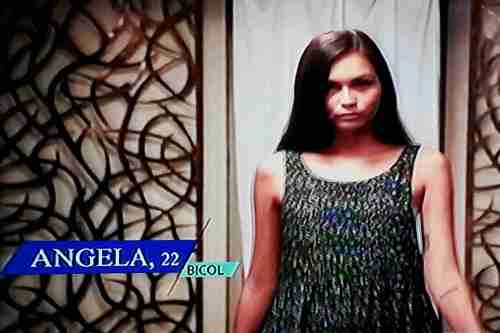 Angela, 22, Bicol. I loved her interview with the judges but I thought she looks more than her actual age. The show should really do something about that hideous hair! 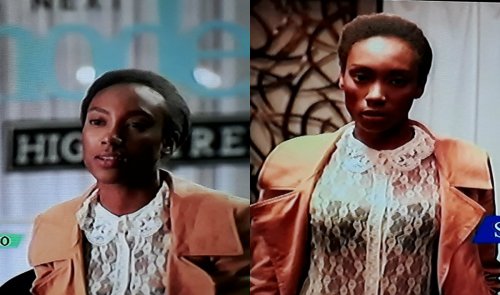 Shekie, 23, Cagayan de Oro. Shekie is totally on my radar as one of the potential winners! Her dad’s Nigerian and with a Filipina mom of course. I loved her cockiness! It’s rather endearing coming from her! She just need to tone it down at times but she’s good to go for the (finale??) haha! We’ll see. 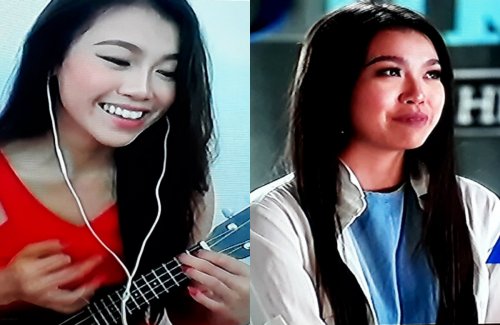 Aivie, 21, Canada. She’s got a very interesting lineage. Her dad is half-Vietnamese-half-Chinese and she obviously looks more pinay because of her mom. I’m still on the fence about her inclusion but I liked her! 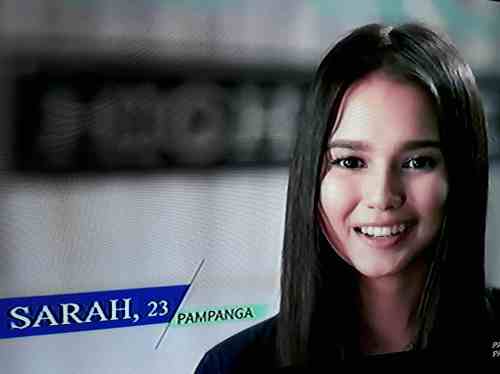 Sarah, 23, Pampanga. My homegirl! I loved her face! She’s definitely this season’s commercial goddess! It’s such a shame that she’s only 5’4″ but I think with that face – she could very well use it to go as far as top 5 and who knows – one nailed beauty shot and uwian na mga bes, may nanalo na! lol

and the final spot goes to… 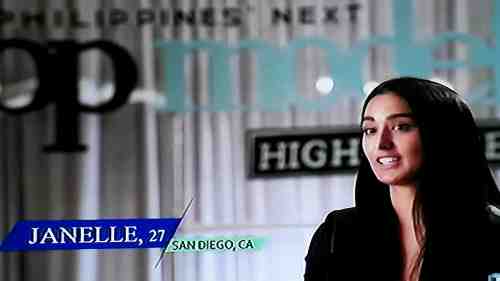 Janelle, 27, San Diego, California. She’s one of my favorites. She’s obviously the oldest in the bunch and this would always haunt her during the competition. I just hope that she won’t get uber-angsty about it during  confessionals. I thought her beauty is very marketable especially here in the Philippines and I cannot wait to see her make-over!

Okay – let me reveal the rest of my  initial Top 3 then. Since I’ve already mentioned Ann being my ultimate winner this early, I’ve also have a feeling that Shekie will do really well. Rounding up my top 3 is the lovely Janelle! Gaaahhh! Her face is just perfection – just sayin’. 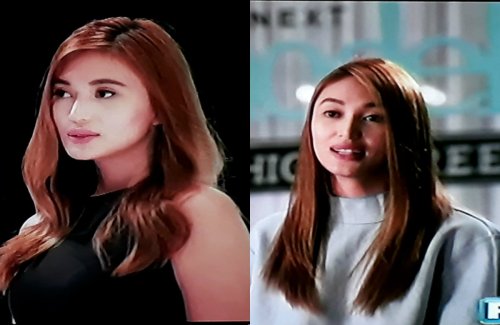 As for the their first photoshoot, it would be an underwater shoot where the girls will try their hardest and fiercest while submerged in a big aquarium! Yikes!

What about you guys? What can you say about the premiere? Who are your favorites?

So as early as now, I will be putting a poll on who do you think (on first impression) will most likely make it until the end?

Screengrab from the TV obviously but these images are still the exclusive rights of Pottle Productions, Inc.
I’ll try to update this post with HQ pictures soon!