If you’ve missed the first episode of  the current cycle of Asia’s Next Top Model that aired on StarWorld a couple of weeks ago, don’t fret because it is now available online through their official Youtube channel!!! I know, exciting right? I also expect the upload of the succeeding episodes, naturally. Although it is two episodes delay just like in the previous cycles, I thought it’s a pretty good deal already for those of us who does not have access or doesn’t have the time to watch real-time episode airing.

Lourd Ramos is back ya’ll for the dreaded makeover episode! The TRESemmé top stylist will be spearheading yet again the girls’ new look in the hopes of becoming Asia’s Next Top Model!

The makeover scene as usual is nothing short of a drama-fest with girl crying over their precious hair. Let the pictures speak for themselves yeah?

The photoshoot is for the girls’ comp card (composite card) and a lot of girls are stepping up their game if I may just say! Angie and Sang-In are probably my favorite during the shoot! They’re totally giving it all! Sang In just look flawless, tbh! Julian was a-ok as well as Aldilla but I thought the shots just look meh – I hope the final photos are good tho. Wow at Gwen’s photo! Her makeover just worked for her if I may say so. Alaiza look bored af but and those eyebrows just won’t quit! The good thing about this photoshoot is that the girl were allowed to pick two of what they thought is their best photos to be included in their comp card. Speaking of digging their own graves. LOL One of the remaining girls I didn’t mention are home-bound I guess… 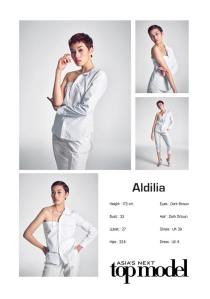 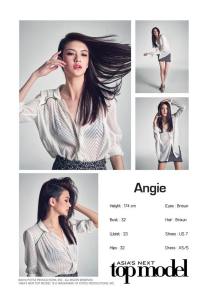 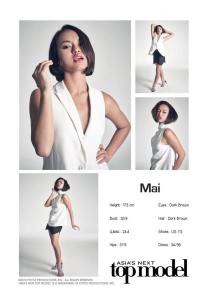 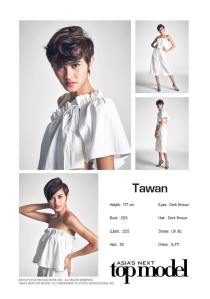 And wouldn’t you know it, my homegirls and my favorite Mai Ngo found themselves at the bottom this week! OMFG!!!!!! I think the spoilers I’ve read from before are correct. This is like the *shittiest* moment of the cycle!

Angie is soaring high this week!

The episode last night was a fairly quick one with a rather predictable call-out order although I’ve to disagree with the girl who got the first call out this time.

Mai Ngo was not a big hit with the girls during the first episode so she apologized to the rest of the girls about her attitude. I honestly thought that she shouldn’t have because she’s just keeping it real. If they cannot handle it, they can just back off. Gwen was all about making up from her epically disastrous first week which almost see her leaving the competition.

The challenge was to test their composure whilst jumping on a trampoline, which is also connected with their next photoshoot. Angie won the challenge deservingly so with Gwen tailing her – good for Gwen! At said challenge, poor Jessica sprained her ankle leaving her with zero and you would think that this is the start of her downfall yeah?

As for their photoshoot, the remaining girls are to jump off the trampoline while posing elegantly – basically – the challenge only it is with more make-up and better clothing! Haha! The pictures are pretty good actually and they reminded me of Flights of Fancy episode from the first and (so far) only cycle of the Philippines’ Next Top Model. I thought that is one of the best shoots of any Top Model franchise ever!

Going back to the shoot, it wasn’t a spectacular session for Tuti and Tugs because apparently – they just cannot get in the groove. I honestly thought Jessica should’ve packed her bags right away…oops! I know, spoiler alert! But cmon’ she didn’t actually did the brief of the shoot so even during the challenge, I could understand what Gwen was yapping about.

Okay, as for the first call out. As I’ve said – I disagree with the judges choices and I cannot believe Kelly just gave Mai Ngo an 8!!! Cmon’ Kelly!!! You know, that’s a 10!!!! And of course, Mai Ngo’s challenge score was a deterrent for her to get the top spot. This is why I don’t like this scoring system!!!

I was really sad for the girl who left last night though but yeah – it’s a competition I know but I thought she deserved another chance!

Here are the photos courtesy of ANTM Facebook page which you should like / follow as well. And don’t forget to watch the succeeding episodes every Wednesdays on StarWorld. Also, make sure your vote counts on the poll at the end of this post. 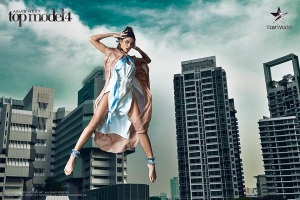 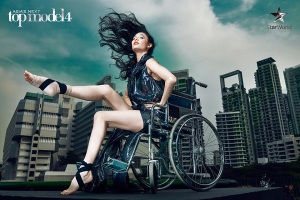 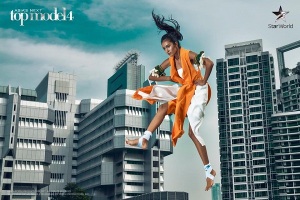 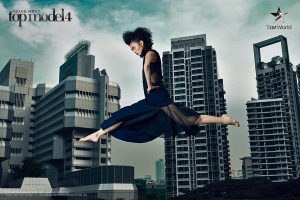 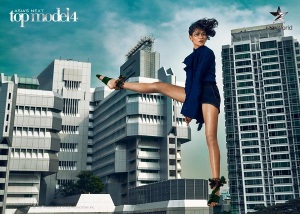 It’s another season and another Asian fierceness showdown we’ve witnessed tonight as fourteen girls from the region battled it out in the hopes of becoming Asia’s Next Top Model!

It was not a good start for Team Philippines; let me tell you that right off the bat. There was a preview of what’s to expect for the rest of the season and it’s not looking good for my homegirls boohoo!

The first challenge was on a runway and I think I just fell in love with Patricia!!! Angie was a bit stiff but looking gorgeous like Patricia. Sang In looks like those Asian girls walking the runways in Europe! OMFG! Gwen looks very well, the judges were right – very pageantry. And to be fair, she was a beauty queen! LOL

Winner of the challenge was very obvious – Patricia!!!! Yay!!! (Bad news tho – for those who loathed the scoring system employed in the last few cycles of America’s Next Top Model, it’s here people so there’s that – I’m not totally happy with this)

At the house there are only 13 beds but 14 models so someone will get an early boot and unfortunately for Maya Goldman – her runway skill was adjudged to be the weakest so that’s Team Thailand getting their first casualty. FYI: Wanvisa Maya Goldman was a runner-up during the Miss Universe Thailand 2013.

On to their first shoot, can I just say how totally fab the idea was!!!! They will be dressed up in 60’s inspired outfit while inside bubble! It was like a hundred times better from half of the shoot last year! Yeah, yeah…sorry but it’s true!

During the shoot, my favorite has got to be feisty Mai Ngo!!! Girl, you givin’ me ma life-force!!! It ain’t Top Model if it’s drama-free! LOL

At panel, the girls are looking absolutely divine in white!!! Wow!!! Tuti was an obvious hit with the judges from runway to her photo and TBH, I thought Mai Ngo’s photo looks ridiculously good! 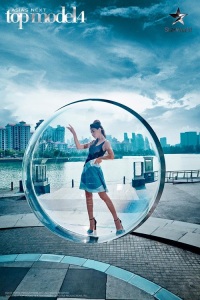 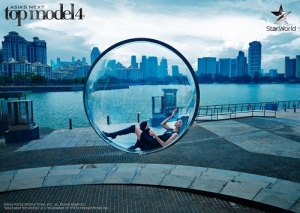 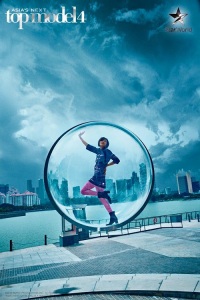 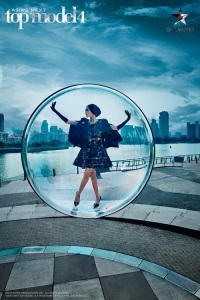 Please hover your mouse here: Gwen was supposed to go home but since Maya got the booted earlier, she was given another chance! So there’ that! Make it work next episode, Gwen!

Don’t forget to watch the show every Wednesdays, 9PM 8PM JKT/BKK/VN on StarWorld!

pictures via Asia’s Next Top Model

Meet The Contestants Of Asia’s Next Top Model Cycle 4!!!

Here they are folks! The long wait is over! The fourteen beautiful contestants of the 4th Cycle of Asia’s Next Top Model are finally revealed via the show’s Facebook page! Amongst the pictures below, who do you think have what it takes to be on top? 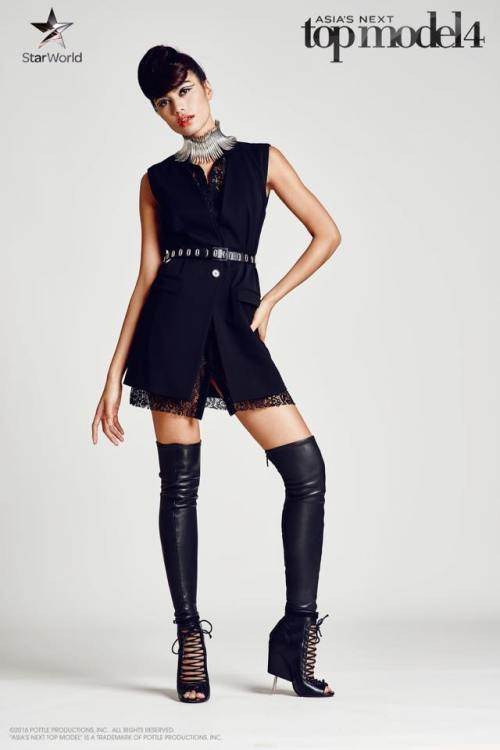 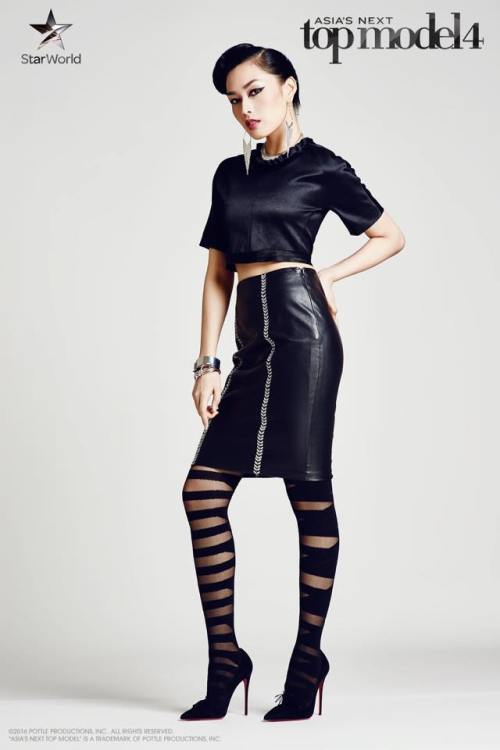 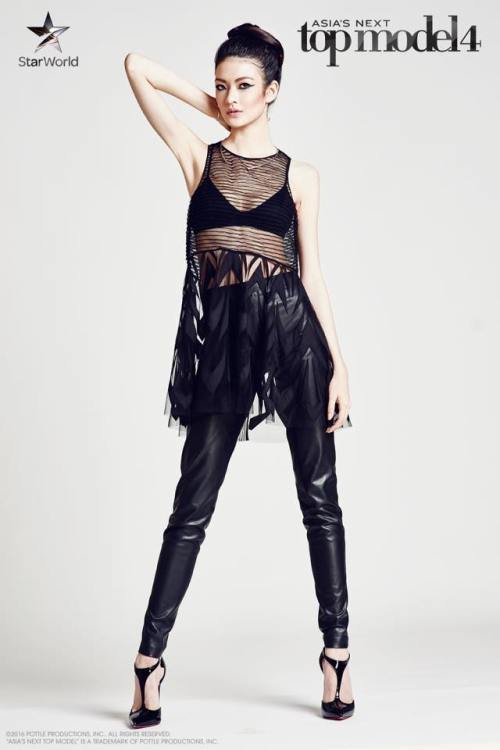 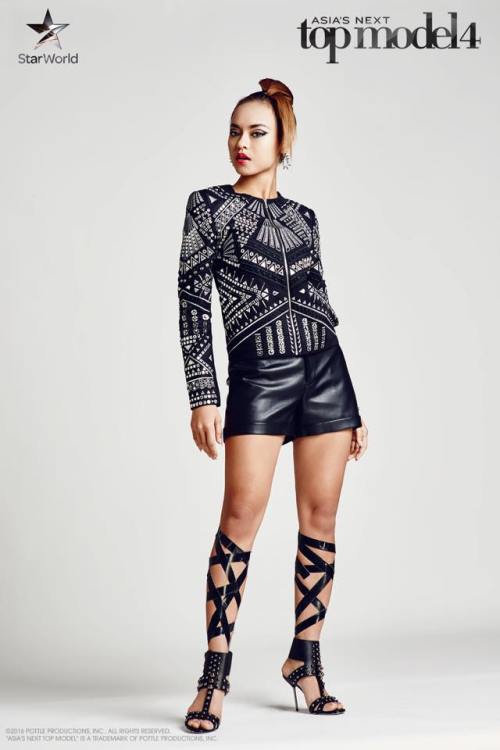 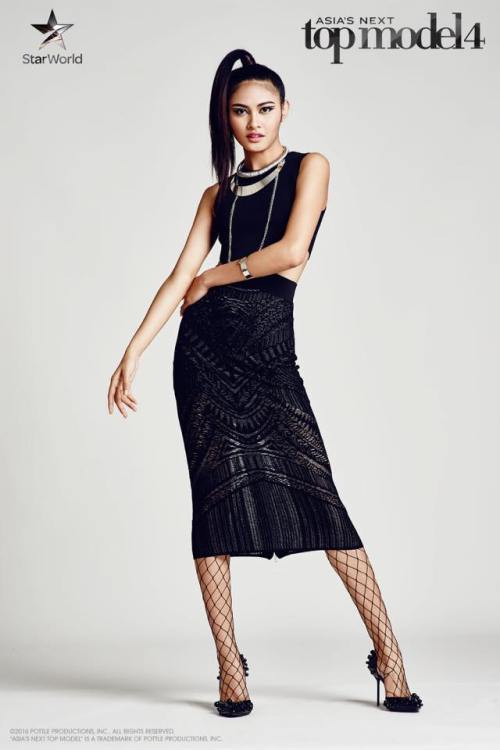 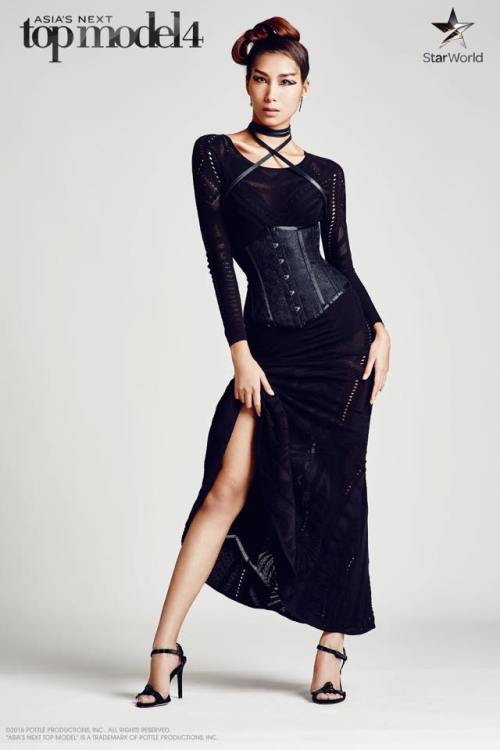 Remember to tune into STAR World Asia on March 9 to find out who will be crowned Asia’s Next Top Model.

pictures via Asia’s Next Top Model