This sort of recap of last week’s episode is kind of late but seriously, how many of you were disappointed with the turn of events? I would’ve thought that with the quality of her photos, she’s a shoo-in to walk the final runway but apparently, there really are a lot of things that we do not see in the show. [sarcasm]

Okay, so on with the show. Judge Ashley Graham and movement coach Jermaine Browne facilitated a motion shoot challege which was yet again won by Jeana. The girl is on a streak yeah?

For the shoot this episode, they were photographed with a huge paper parachute as their backdrop/props. This couture shoot is probably my favorite this season and again, the usual frontrunner (meaning Khrystyana) delivered the goods! Mama is here to win!

I don’t like this shot of Erin. I find it all kinds of awkward if I’m being honest. 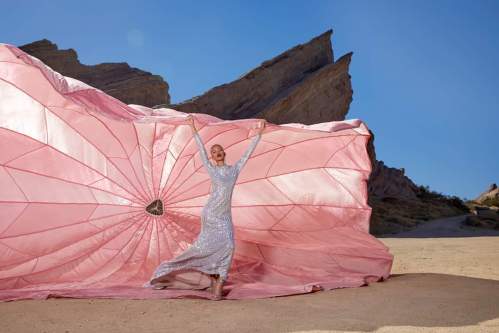 It’s a wonder why Rio is still in the house, don’t you think? No big conspiracy or some shit, but are they letting her stay just to annoy us? I mean, the girl takes mediocre photos and has a really bad attitude. Hmm…

I kind of agree with the judges here when they sent Jeana at the bottom. This would’ve been a good shot if she did more shapes with her dress since the color is already very striking.

I really liked this shot of Kyla. I mean, I loved her awkward pose and her face was okay with me. I would’ve put Erin in her place tbh.

So she decided to leave the competition. Might as well not apply right? She could’ve given her slot to other girls. Oh well…