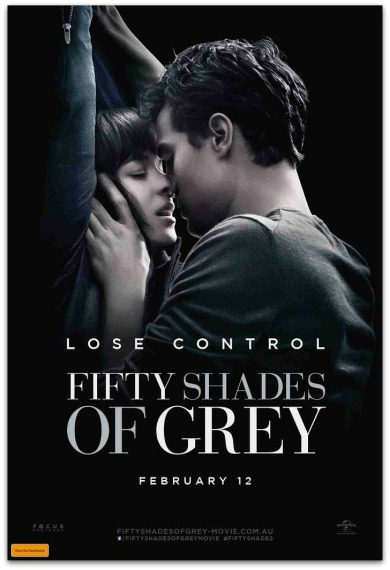 I enjoyed reading the “Fifty Shades” trilogy and was rather excited to watch it since Charlie Hunnam was chosen and then ceremoniously dumped from the role of BDSM-loving billionaire Christian Grey and was eventually replaced by Jamie Dornan. I got even more excited when Dakota Johnson was announced for the role of Anastasia Steele – a naïve college student on her foray into the dark and se[x]nsual world of the impossibly rich and controlling and more stoic than Edward Cullen, Christian Grey.

Okay, so on to the movie itself. I was not a happy kid after sitting through the whole thing + the credits! I felt like the book was murdered into pieces and the screenwriter made some sort of raffle which scenes should be included in this first installment (okay, so yeah – they will be making the next two films as well, yeah right). There’s just not enough of Jamie Dornan who will do fine as a crazy stalker in another film but here – it was just totally off. I guess that is what irks me the most about the film – Christian Grey was not properly portrayed here.

Johnson on the other hand was a surprise here despite her deer-in-the-headlights-oh-shoot-what-the-fuck-did-I-just-sign-up-to expression 80 percent of the time – I was rather impressed by her portrayal as the uber-innocent Anastasia Steele. There was tenderness in her attack and that naivety that the role was asking for. (no fun inner goddess though –boohoo!)

This film wasn’t so bad. It was like a trial of some sort whether us audience will bite into it and devour its characters up to its second and final installment. Unfortunately, I didn’t like the way they made this one like an appetizer – I did after all pay for the main course. I was disappointed yes but there’s a slight chance that I may consider re-watching it given the proper incentive. Okay, I’m still going to watch it on DVD. *wink*

p.s. a friend asked me about the soundtrack – I’m like, no I didn’t notice it at all. Ugh. I mean, this isn’t Step Up or something. Okay..ta’