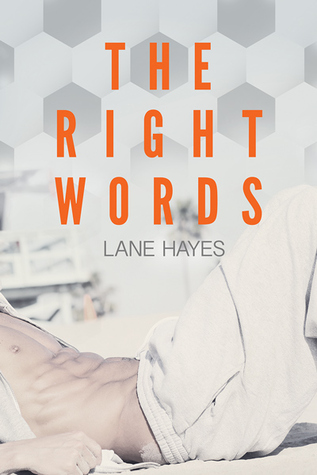 [Book 1 of the Right And Wrong Series]

I’m not sure if I have the right words to describe how I felt after reading this book. First, I’d like to say how I enjoyed Lane Hayes’s work on her Better than Series. That was an outstanding series over-all. Now this one being the first in the Right and Wrong Series features Luke Preston, an interior designer who recently had a nosedive at his personal and professional life when he stumbled upon the closeted soccer player Michael Martinez getting in the midst of a bad break-up and fixing the latter’s beach house.

The character of Luke and his best friend Brandon reminds me of Aaron Mendez and Jay Reynolds from the Better Than Series. It’s like they just had their names changed and you’ve got Luke and Brandon with different day jobs. Michael on the other hand was like Peter Morgan and his bff Alex was Peter’s ex Jack Farinelli. So you see, there’s a ton of similarities between the author’s two series. Or maybe I’m reading too much into the characters.

Anyways, I enjoyed the first half of this story – at least most of the first half. Sometimes I find myself skipping most of the sex scenes because they drag the whole chapter. I get it that they’re having amazing sex but having to read a whole long chapter of it is way too much for me. The second half of the story was a total drag. The two MCs have too much baggage with them I don’t even know how they’re able to build a healthy relationship. I think I’m more interested with Alex’s character than the MCs and the rest. I’m almost sorry that it didn’t meet my expectation but I still have high hopes for the next book in the series since I know that the author could still deliver an amazing story like her book Better Than Good (which is my favorite from the Better Than Series).