Everyone’s been buzzing about the most anticipated wedding of the year in the country since GMA 7’s Primetime King Dingdong Dantes proposal to then girlfriend Marian Rivera. Today, December 30, 2014 Marian Rivera is now officially Mrs. Marian Rivera-Dantes. Aside from the couple being the focus of the event, guests and fans alike were in awe after finally getting a glimpse of Rivera’s Michael Cinco alleged P2 Million gown. 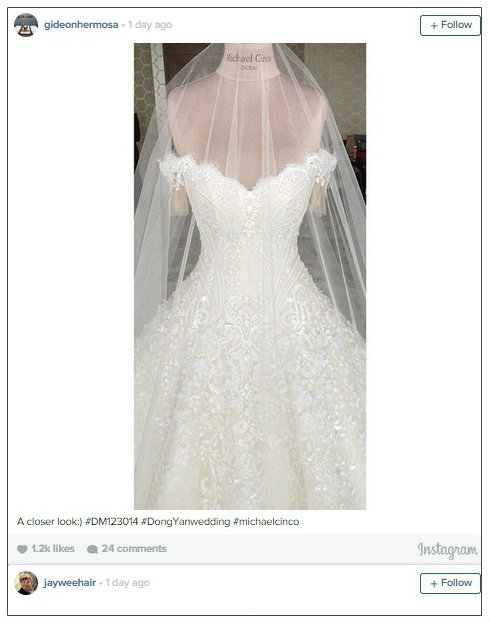 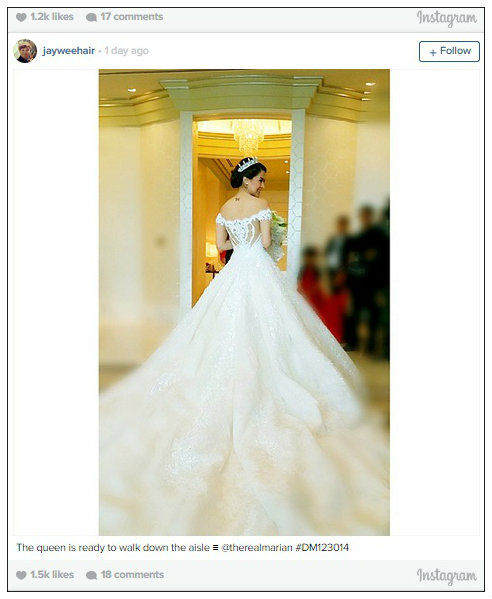 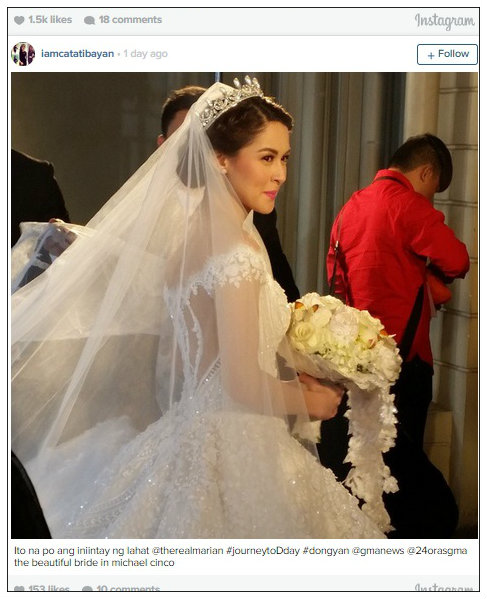 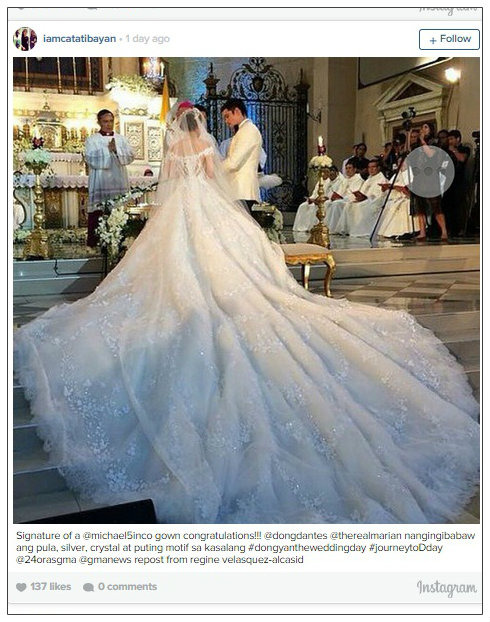 credit to the owners of the pictures.