“Sometimes you do stay with your first love” 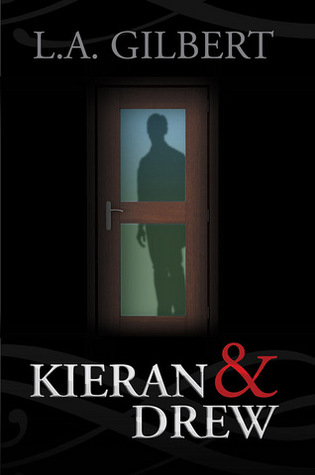 Kieran & Drew reminds me so much of J.H. Trumble’s angst-filled coming of age debut novel Don’t Let Me Go and Madison Parker’s debut Play Me I’m Yours. There’s the usual high school scenes where the weird, gay, geeky kid is singled out and gets bullied by the self-centered, idiotic jocks – typical but true. It’s the case with Kieran Appleby who cannot wait to escape his small hometown of Keys and who’s only friend is the school janitor who doesn’t speak much.

Meanwhile, Drew Anderson is the “nice” jock. He’s got an agoraphobic mother to take care of after his father took off. And naturally, he’s still in the closet just to avoid all the hassling. When he discovered Kieran’s long time crush, they started to experiment which led them to discovering sex, intimacy and ultimately love. With Kieran’s plan on escaping Keys and Drew’s obligation to take care of his sick mom – things couldn’t be any easier for them to meet in the middle.

When I started reading this I honestly find it a bit slow and it felt repetitive. Midway through the story, it picked up the pace and was glad that there’s more dialogue between Kieran and Drew. That thing about Kieran’s Dad was almost predictable by the way. [You’d know what I mean once you read this novel]. I would’ve liked for Drew’s Uncle to be present and provide the fatherly figure for him though. It was too crushing for an eighteen year old to be an adult at such a young age. I feel that Drew’s character wasn’t entirely examined here. There wasn’t enough exposure and everything’s so gloomy about him. I was glad that it worked out at the end and the author didn’t see the need to add more “high school jock-bullying” scenes. I was glad that for the rest of the last part of the book, it just revolves around Kieran and Drew. This is another beautiful narration from L.A. Gilbert – it was totally different from The Coil and The Ghost On My Couch in terms of writing style which I think is very unique and I loved that about the author. Please do read this people; it’s a pretty good book.