The Girls Who Should’ve Won The “Top Model” Title

In the midst of the on-going debate regarding the recent announcement of Sheena Liam as the winner of Asia’s Next Top Model Cycle 2, I decided to come up with the list of the girls whom I thought should’ve won the “Top Model” title- from the original American version, the Australian franchise and ofcourse, the region-wide Asia’s Next Top Model.

America’s Next Top Model Cycle 1 – As much as I love Adrianne Curry, re-watching the first cycle over and over again, I’m still very much amazed how they could just let go of Elyse Sewell despite her strength as a model. They even mentioned that she’s the strongest out of the final three. Plus, she produces more amazing photos amongst the finalists. Elyse placed third over-all but for me, she’s still the star of Cycle 1. 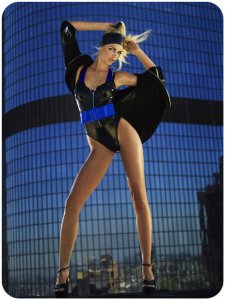 Cycle 9 was probably one of the strongest cycles in the history of America’s Next Top Model. Contestants like Jenah, Heather, Lisa and Chantal could’ve snatch the title from its winner Saleisha Stowers who’s probably one of the most disappointing winners of the show. Jenah and Chantal could’ve had a battle of the blonds in the finale but Saleisha sneakily appeared  in the picture and took the crown from both girls. Chantal Jones for me delivered way better than Stowers all throughout the season and should’ve won hands down! That girl was flawless!

Raina Hein was clearly the runaway winner of Cycle 14 from the start. She’s tall, she’s young and clearly, the face of the competition. Winner Krista White’s walk may be better but that’s just her edge over Raina – age wise, she’s also at a disadvantage. I still remember how upset I felt for Raina because it was really for her. I’m just really glad that Raina became one of the most successful girls from her cycle. 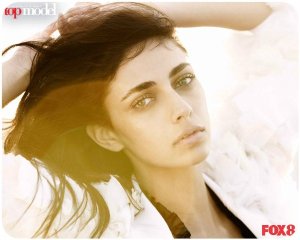 Samantha Downie from Australia’s Next Top Model Cycle 4 despite placing third was adjudged Australia’s favourite Top Model. She was bested by runner-up Alexandra Girwood and the eventual winner – and the most controversial winner of the Australian franchise,  Demelza Reveley who bullied her fellow contestant Alamela Rowan. Samantha’s unique look received unanimous praises from the judges and her elimination photo was thought by many fans to be a “sabotaged” from the production’s part.

And finally, from the much-talked about conclusion of Asia’s Next Top Model, let me just say my piece about Sheena winning it all over Jodilly and Katarina. Since the start of the show, I’ve nothing but mostly good praises for Sheena – these are some of my critiques for her that I collated:

*Wow! Sheena is looking so luminous! I love her body movement and I love that I can still see Sheena! Like always, it’s smashing!

*Mighty Sheena is back! Thank you girl for bringing back the old you! This is smashing and you look like a tree nymph here! This is my favorite shot from the bunch! Amazing!

*Sheena’s one of my favorite girls in the competition and I just love her consistency but she’ boring me for two weeks now.

*Sheena’s getting boring and this one’s such a snoozefest!

*Sheena’s style is so striking that she always manage to stand out. Not this time though

*Sheena’s one of my favorite girls in the competition, like what the judges have mentioned – she knows this is a competition!

Sheena’s a good model but this is a modeling competition gauging the best model amongst the finalists and who’s got what it takes to make it in the real world. All of them has what it takes to make it ofcourse but basing the winner during the final runway and their body of works, it should’ve been Jodilly winning the title. ’nuff said about the issue. That was just my two cents though.

After all, despite these girls placing second or even third – the real victory will be out there. They have to chase it themselves because winning the show was just a title under their belt but it does not guarantee a great career – it’s just a jump-start. They have to work for it and with a bit of luck, they might just get that supermodel status – in time.