A pageant repeater is someone who competed previously in the same pageant but went home without a crown and is trying her luck once again. That is the case with the seven girls in this year’s Binibining Pilipinas edition. These girls aren’t that succesful in clinching a crown or they almost got it but for some reason, their stars didn’t align that year so they are back with a vengeance and more wisdom hopefully in order to fully realized what they missed the first or second time around. 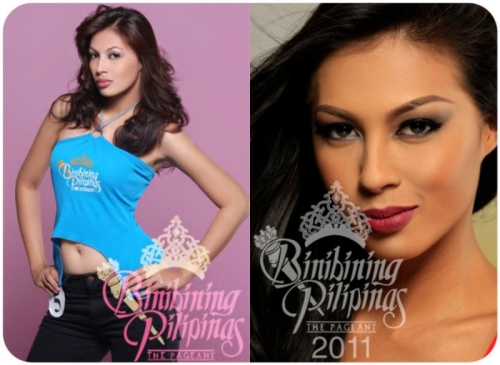 Diana came to the spolight during the 2009 Binibining Pilipinas, a batch that elected some of the tallest winners in years. She made it as one of the finalists. In 2011, She was posed to win one of the crowns (or so I thought) but that year was the year of the game changer – the year that Shamcey easily toppled her competition and Necio, a repeater from the previous year was heavily favored to win despite her height disadvantage. This year though, Diana’s armed with a different aura and is so ready to battle it all for the crown!

Ladylyn was Miss Casino Filipino and Miss Resort World first runner-up 2011 and finalist in Miss Bikini International 2013. Now these aren’t exactly high-caliber pageants but these surely gave her some confidence to try it for the last time this year after failing to advance to the semis during the 2011 edition.

Whether you like it or not, Mary Jean or MJ is still one of the biggest threat for the newbies. This returnee who won second runner-up to Shamcey Supsup in 2011 and a finalist in 2012 won’t let go that easy until she snatch one of the crowns. One of her Achilles heel in 2012 was the question and answer and I believe that this year, she has mastered everything to win it all. It’s all or nothing for her since this is her last hurrah to win a national pageant.

All of these girls except for Hannah (shockingly excluded) all made it to the semis last year with Pia even hailed as the lone runner-up. They are all back for another try and hoping against hope that they will deliver this time and be part of the 51st edition of the Binibining Pilipinas queens!