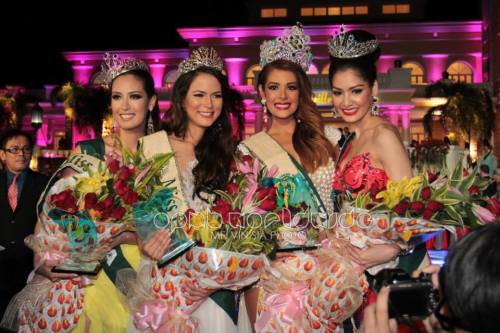 Falcon native Alyz Henrich was crowned the new Miss Earth at the Versailles Palace in the Philippines last December 7. Henrich was touted to be the one to beat from the onset of the competition while Katia Wagner of Austria, Punika  Kulsoontornrut, Catharina Choi of Korea were hailed as her elemental queens (Air, Water and Fire repectively.)

Meanwhile, local bet Angelee delos Reyes may have been deprived of a crown but she fought gracefully and I really thought that she’s the biggest threat to Alyz. She was amazing nonetheless and making it into the top 8 is a great feat already with over 88 girls competing.

The win of Venezuela signify a double victory for the pageant powerhouse as Gabriela Isler also won the Miss Universe title this year.