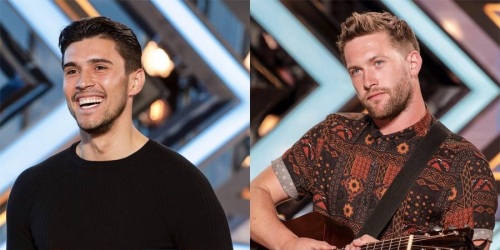 Okay, so I’ll just be posting here whom I thought the best acts are in the last week of this season’s audition rounds. And I am telling you, this last batch collectively is the weakest but perhaps has the stronger ‘singer’ in the competition. Doesn’t mean he/she/they’ll win tho…okay, let me stop. I am refering ofcourse to Berget Lewis. She’s a star from the get go and has a phenomenal voice! She’s a well known soul singer from her “small country,” The Netherlands ad has released a couple of albums back in 2007 and 2013.

For her X Factor UK audition, she sung Prince’s Purple Rain and damn, mama took me to church!!!! Prince must be hella proud!

Then we have two cuties – both vying for Nicole’s attention lol! Brad Howard and Matt Linen. There’s no question that Matt Linnen is the strongest singer between them and he’d definitely move forward in the competition.

Then there’s Alisah Bonaobra – my homegirl who came all the way from here (The Philippines). She’s good but not the best in the competition if I may say so.

Who are your favorites from the last batch of auditions?