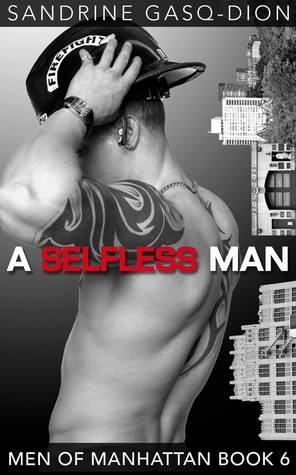 Blurb:
Ryan Carter always hoped his life would turn around for the better. He has a job that he loves, and another one that he hates. Becoming a rent boy was never his life plan, but circumstances forced his hand. When his life falls apart, hunky firefighter Michael Callahan comes to his rescue. Ryan knows better than to believe someone as wonderful as Michael would ever want to be with someone who sells his body. But spending time with Michael gives Ryan something he’s never had before.

For months, New York firefighter Michael Callahan has been thinking about the hot guy he rescued while working crowd control during a robbery standoff. His brother is very happy dating a man, and Michael wonders if he’s finally ready for a relationship of his own. An apartment fire brings him face to face with the young man who’s been haunting him for months. Their friendship starts strong, but will Ryan’s alternate life put out the flicker before it has a chance to flame?
Can Michael convince Ryan that he wants him no matter who he is? Or will the relationship turn to ash before it even begins?

Review:
I’ve never been a fan of the two Callahan brothers – Michael and Tiernan got me reeling mad while reading Casper and Spencer’s story but they were able to redeem themselves from the last book in the series.

This is where we see Casper and Spencer getting married so that’s a bonus for us fans of the series! They are my favorite so that should make the book more enticing if you’re a fan of the couple like moi!

I’m writing this review after reading it’s seventh book so just a bit of a spoiler (well, not really) rather a reminder, you should pay attentio to the side characters in this book because they will play a role in Bobby and Danny’s story (Book 7)

Overall, it’s a quick read. It was nice seeing some familiar characters and I loved that the author is continuing this series because I just effing loved it!

About the Author
I have been blessed in this life to not only have parents that support me, but kids that do as well. I grew up in a loving but “Old School” French household. My parents worked for the airlines (TWA) so I was able to see a lot of Europe as a kid. I moved to Seattle Washington at the age of 22 and stayed there for twelve years before moving to Alaska for a little over two. Fairbanks, AK was one hell of an experience and I wouldn’t hesitate to go back! I spent a little over a year in South Carolina before moving back to Arizona. I then left for Kansas for five years and now reside in Arizona. I’ve been connected to the military in one way or another for over half my life and wouldn’t change a thing about it. Writing has become my full time job and I’ve never been so happy doing a job I love and being able to do it in my jammies. I plan on writing until I dry up and die. Hopefully, that won’t happen soon!

This entry was posted in Books and tagged A Selfless Man, Book Review, Men of Manhattan Series, Sandrine Gasq-Dion. Bookmark the permalink.