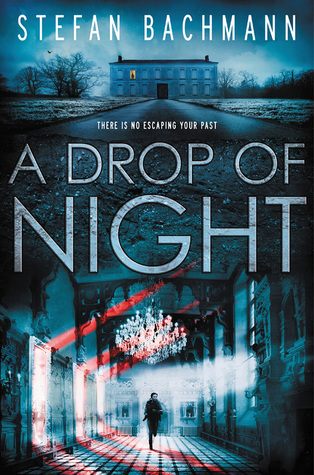 Reading this book is like entering the Twilight Zone while sleepwalking. Uhm, I know. Weird right? Like wtf because that doesn’t even make sense. Which I think is my first reaction after finishing the 400+-page book. I was like, what just happened with the story and more importantly – what have I just read?

I thought the blurb was promising enough and it’s gonna be a YA-thriller more inclined with The Maze Runner route but the whole thing was just mysterious. Mysteriously odd that is.

Seventeen-year-old Anouk was invited to France along with other kids to help excavate a vast, underground palace buried a hundred feet below the suburbs of Paris. Only, the people behind the project are keeping secrets from them and the things that unravel may just change the things Anouk thought she knew about herself.

The beginning was actually quite promising because of its fast-paced narrative via Anouk but the moment they went underground, everything just went berserk. I mean that literally regarding the story and its characters. It’s like, what’s the point of all these running around the underground palace? I mean, I understand what the brothers are trying to do but say, the whole thing went through – then what?

I just didn’t enjoy it because I don’t see the point of the bad guys if ever they succeeded. Not for me. Not this one. Sorry.

About The Author
Stefan Bachmann was born in Colorado but spent of most of his youth abroad and now lives in Switzerland, where he’s a student of music at the Zürich University of Arts.

His debut, gothic-steampunk-faery-fantasy THE PECULIAR was published in 2012 by Greenwillow/HarperCollins. It was a New York Times Editor’s Choice and a Publishers Weekly Best Book of 2012, and was translated into eight languages. Its companion THE WHATNOT was released September 24th, 2013.

THE CABINET OF CURIOSITIES: 36 TALES BRIEF AND SINISTER, a collection of scary stories he wrote together with authors Emma Trevayne, Claire Legrand and Katherine Catmull, was released May 27th, 2014, from Greenwillow/HarperCollins.

His next book, YA thriller A DROP OF NIGHT, about a group of American teens fighting to survive after they become trapped in an underground Versailles, will be out March 15th, 2016, also from Greenwillow/HarperCollins.

ARC courtsey of the publisher in exchange for an honest review

This entry was posted in Books and tagged A Drop Of Night, ARC, Book Review, Stefan Bachmann. Bookmark the permalink.