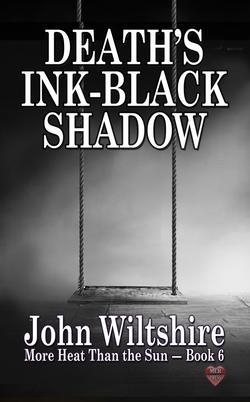 I loved the first five books of this series and will continue to regard it as one of the best-written series I’ve read from the first to its fifth book. It took me a couple of months before finally getting a go at this one and I’ve to say that unlike the prior installments, it hasn’t been a pleasant experience reading this. I’m just not into it as much as the earlier books and I was just saddened that my love affair with this series screeched into a halt and ended just like that. And what a coincidence with its title and all. Patay tayo diyan.

I’ve a lot of issues about this installment but I will just try to enumerate the ones that totally turned me off.

I know that I will still be waiting for John Wiltshire’s stand-alone books / new series to come but I think I’m done with Nik and Ben at this point. I hate that I got so invested with these two only to leave them hanging midway through the series. I’m sad that it had to end this way but I know that I will still be supporting John Wiltshire’s other titles because the man ‘s got style. This may not work for me but I’m pretty sure a lot of people will still appreciate it.  So there. Ranting / review finished.

Paalam Ben and Nik. It was a pleasure getting to know you…

About The Author
John spent twenty-two years in the military, perfecting the art
of looking busy whilst secretly writing. He left as a senior officer
when his tunnel was ready for use. He is now living in New
Zealand until he can raise enough money to leave. Although he
has no plans to return to the army, he can occasionally be caught
polishing his medals.