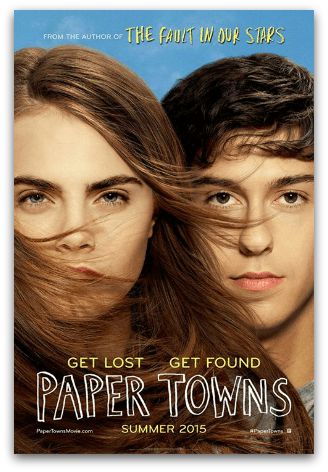 Paper Towns is the only book of John Green that I have not read, though I remember starting the first chapter of it last year but decided to drop it because I got emotionally exhausted after reading The Fault In Our Stars and Looking For Alaska consecutively so I thought I needed a John Green break. So when I decided to check this film out, I’ve nothing to compare it with and can look at it with no preconceived ideas or whatsoever.

The film follows Quentin helping her childhood friend Margo exact revenge to a friend who betrays her. The day after their mischief, Margo didn’t show up at school and is nowhere to be found. With clues left behind, Q along with his other friends embarks on a mission to find Margo, the girl he is still in love with.

I was actually ecstatic when I found out that Nat Wolff would be headlining Paper Towns because I loved his character in the film adaptation of The Fault In Our Stars. He’s got incredible charisma on screen and I thought he’d be perfect for another young adult book-to-movie adaptation but on a leading role this time. Then there’s the surprising addition of pseudo-supermodel Cara Delevingne. Not exactly a fan of Cara but I love her as a model.

I loved the direction director Jake Schreier (Robot & Frank) was trying to get into with this film but I kinda missed the point midway because I lost the connection from both Cara and Nat, more so with Cara I believe. She’s definitely no Shailene or even Kristen and she acts like she’s on a runway. Sorry for the comparison but it’s just bland, blank and I dunno – dull or any other synonyms of what I just mentioned. It was disheartening that I didn’t get much from her aside from her insistence of what she felt like all over the film – I’m like, girl get over it! Meanwhile, I was fawning all over Nat Wolff because this guy just outshined everyone in the film the way Woodley did it in The Fault In Our Stars. So it’s kind of a 50/50 like and not liking this film for me mainly because of the two main characters.

Sure, they have good chemistry but their acting prowess clearly was imbalance. What I probably enjoyed most about it though, was the almost magical feel of the film. There’s this subdued ambiance over the shots and even the dialogueswith characters deciphering the mysterious “Paper Towns” Schreier so meticulously crafted but aside from that, everything just fell flat.

This is a teenage movie after all –  angsty but too contrived (at least for me) but would definitely work for its demographic.