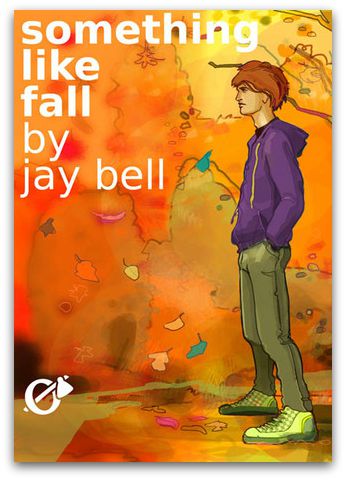 Before anything else, I would like to thank Jay for giving us this novella, which by the way totally made my day! I have been waiting for this since he announced it after the Indiegogo Marathon for Something Like Summer the Movie*** and now it’s finally here! I terribly missed Ben and Tim and reading this made me feel a bit nostalgic again, the same way I feel after reading the first book. Of course, I am also happy because to read about Jason and Jace. Then there are some of the characters from the first four books! What a journey really it has been!

Told from Ben’s perspective, I find the three continuous short stories pretty-much Jace-centric. Nothing wrong with that though, I just have to roll my eyes a few times at Greg’s antics (of course, we all know that he has become something like a bff with Tim eventually but still). I loved seeing Tim again obviously and rekindling the moment when he and Ben “rekindled” their romance.

I almost forgot that Ben could be so funny!

“I am only human,” he blurted out, “although I regret it.”

“Chinchilla had failed in her duty as guard dog.”

I won’t spoil the story with any other lines (since they basically transpired over the course of the first four books) but fans alike are going to love this one. What a truly lovely novella! Again, thank you Jay Bell for this wonderful gift.

I am looking forward to watching Something Like Summer the Movie real soon!

3 responses to “Book Review: Something Like Fall – Jay Bell”