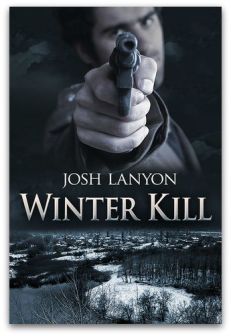 It’s should not come as a surprise how good this one would turn out. I mean, it’s Josh Lanyon and he’s like one of the best writers in the MM genre and shall I say, in general.

Winter Kill centers on Special Agent Adam Darling who is trying to resurrect his career after a high profile case set a dent on his professional record. Now handling a new case with a new partner, Adam finds himself in the midst of a quiet mountain resort in Oregon searching for a serial killer.

He then meets Deputy Sherriff Robert Haskell – the closeted and very efficient cop townie who isn’t too thrilled about the FBI’s involvement despite their initial attraction towards each other. Now, it’s up to them to work well together and bring the case down to a close and their budding romance – well, one has got to give.

Now this one, I really did enjoy to bits. This is only the fourth book I’ve read from Josh Lanyon and I can already tell his style from other authors, which promise so much for me in the future since I am planning to read a lot off  his catalogue!

I just loved the whole feel of the story. There’s this melancholic vibe at the beginning about the guy who got murdered by his (apparently) lover and that angle of the story alone already set a precedent on how the mystery of the story will go about and to discover the reason behind it in the end. Ugh. I’m like, damnittohell! That was totally heartbreaking!

The boys are equally likable. Adam reminds me so much of Ty Grady from the Cut and Run series or maybe it was just a different version of J.X. Moriarity from the author’s Holmes and Moriarity series. I also loved that Rob’s such a *whispers* slut. The term casual sex totally defines his lifestyle. Of course, there’s a turn around with our two MCs who can’t seem to get enough of each other and now I am so thrilled about how it ended because it seems to be that we’ll be getting one more book out of these two! I sure can’t wait to have that one!!!