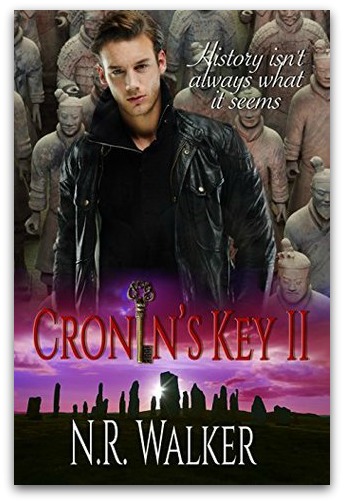 I’m such a big fan of the author and I thought this book was a total comfort read any fans like me would totally enjoy!  I would’ve enjoyed it MORE though if it actually has more grit into it. I feel like each scene were a bit too rushed and there’s not enough drama going on. I’m still not totally on board with Alec’s characterization – he’s charming alright but he really does talk too much and it gets really annoying at times.

The whole incubus thing was a good twist into the story but it rendered the whole “turning” of Alec anticlimactic.

Cronin was the one character in the series that totally amped-up the book’s likeability.  This was his book more so than Alec – with all that “mine, mine, mine” attitude and all the growling! I just wanna sexed him up! Lol. Let me also give special mention to Jorge – just precious! I’d really love to see more of him from this series and perhaps have another character like Jacques take center stage in the next book (?)

This is definitely a fun solid book which I will be recommending for fans of the series and the author.