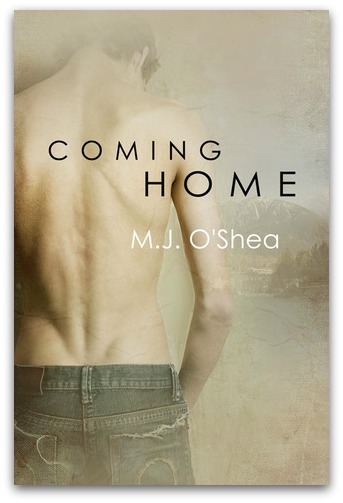 BLURB: Tallis Carrington ruled Rock Bay with his gang of jocks and an iron fist-until a scandal destroyed his family’s name. Ten years later Tallis is dead broke, newly homeless, and on the walk of shame to end all walks of shame. He needs money and needs it fast, and Rock Bay is the only home he knows. But the people of Rock Bay haven’t forgotten him-or the spoiled brat he used to be. The only person in town willing to overlook his past is Lex, the new coffee shop owner, who offers Tally a job even though he appears to despise Tally based on his reputation alone. When Tally discovers his gorgeous boss is the kid he tortured back in high school, Lex’s hot and cold routine finally makes sense. Now Tally has to pull out all the stops to prove he was never really the jerk he seemed to be. After all, if he can win Lex’s heart, the rest of the town should be a piece of coffee cake.

I always loved me some M.J. O’Shea’s goody and she’s one of my favorite authors when it comes to light-feels, low-angst stories. This would’ve been perfect if not for the last half. I both loved Lex and Tally and how their relationship developed overtime but midway – the plot went a bit downhill with how childish the conflict was. I am also extremely annoyed with Drew’s character – really brew? balls-less much? I was even thinking that Brock retaliated because he’s actually in the closet himself but that doesn’t matter. The ending was a bit anti-climactic and I thought with the length of the novel, there should’ve been more about the bigots in the story getting served and not just getting a punch in return. There’s definitely more about Tally and Lex here that I would like to read in the future books in the series – I want Tally’s character to get a full-redemption story arc and Broc’s crew get what they deserved. This is what I didn’t get, the coffee shop was thriving and people were very accepting with Lex’s sexuality and liked him so much but a crew of capital A-hole get to harass him almost in their entire encounter? It feels like no one’s siding with Lex at all which is very ironic given how he was very much liked.

I’m not sure if I’ll get the second book in the series because Drew’s awfully annoying, tbh so I’m going to chill it a bit with this series. I’d still recommend this book though because it’s still a good read despite some things I didn’t like about it.