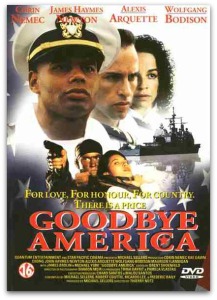 Through some coaxing, I was able to get a copy of this film which I’ve seen in the late 90’s and I remember liking it back then. Watching it again, I rather find it a wee bit over the top but it’s still an okay film. The story took its premise from the closing of the US naval base in Olongapo City back in 1991.

There’s enough drama going on with most characters [I mean the navy seals] getting friendly with lovely Filipina women and their struggle to deal with their inevitable separation. This didn’t end though with good sailor just leaving their Pinay beaus. There’s a plan assassination of a US senator which made the film a bit contrived but nevertheless made the plot not too Hallmark-ish. And said assassination plot was the epicenter of the film’s premise.

The ending was heartwarming yet heartbreaking and interestingly, it was the supporting character of Paul Bladon’s (played by Alexis Arquette) romantic involvement with a Filipina woman Emma (Alma Concepcion), who used to be a prostitute that made the most impact in the film.

I was not really aware of the American actors in this film so it was a pleasant surprise for me to find out that Alexis Arquette [sibling of Boyhood star Patricia Arquette] is now a she. Man’ I’m happy for her! 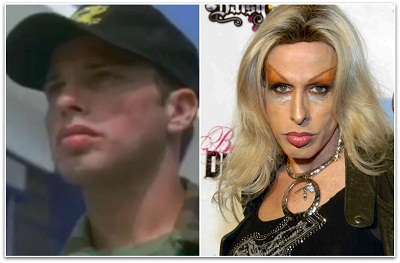 Alexis Arquette before and after.

Anyways, I guess some people could torrent this since apparently it’s not available on Amazon – that if the film interest you. It’s an okay film overall for a minimally budgeted B-Hollywood movie.