Book Review: Blame It on the Mistletoe & Unwrapping Hank by Eli Easton 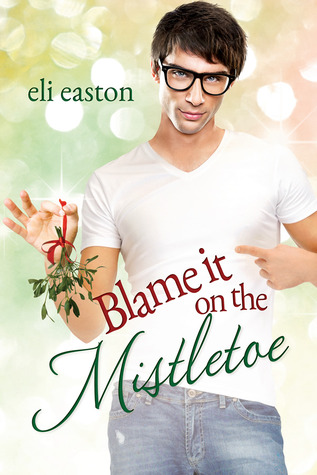 Blame It On The Mistletoe is the first book I’ve read from the author. Tis’ got me feeling all tingly over the Holidays. Mick and Fielding are just so cute together  I thought Fielding’s character was a bit exaggerated but I still find him overly charming! Pacing was great, story was adorbs to the highest level – the ending I didn’t quite like (view spoiler) but overall, it’s a great novella 🙂

Perfect! Just perfect! Unwrapping Hank is just perfection. I’ve read this after reading Blame It On The Mistletoe and this totally put a smile on my face this season. Sloane grew up as the son of two psychiatrists. Pledging for a fraternity in his freshman year at the Penn State Uni, he meets the big, muscled mysterious Hank Springfield who acts dumb but is majoring in Philosophy. There’s more to Hank than meets the eyes so Sloane made it his mission to uncover everything about said mystery. When he got invited to Hank’s family farm in Amish Country over the Christmas break, things became clear to Sloane which also paved the way for Hank to lower his defenses.

‘gotta admit that I loved this more than Fielding and Mick’s story. Both Sloane and Hank and even Hank’s big bro Micah are just too much for one book! It’s a very special story and the reason why Hank’s all that was such a tearjerker. I wanna give him the biggest bear hug ever! So, so worth it and will totally have this on my reread list!

Ratings for both books: 5 out of 5 stars

This entry was posted in Books and tagged Blame It On The Mistletoe, Book Review, Eli Easton, Hank Springfield, Unwrapping Hank. Bookmark the permalink.