Third book of the Seattle Series 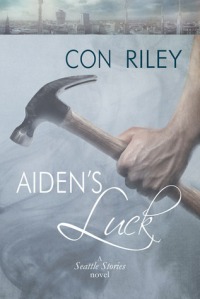 I’ve decided to still give this one a go because of Marco De Luca (Ben’s youngest brother from After Ben). I thought he’s the most interesting character from that book and came out at the latter part of the story and not even in about 10 pages! Unfortunately, this one’s incredibly overbearing as well. Again, the author did use the same pattern of presenting backstory with every scene. It’s just too much and too annoying. I felt like the author just wanted to prolong everything when she could easily jump into another scene.

The only good thing about this book is how the author gave life to Marco de Luca. The rest of the characters (including Aiden and his brother Evan) are just extremely written in unbearable fashion. How is that even possible? Like what I’ve mentioned earlier, similar “backstory/flashback” overload was dumped into writing this novel. It’s really such a shame because Marco De Luca’s character was a really good character. And honestly, it should have been Marco in the title because Aiden’s character was just bad. Again, I am disappointed with the author’s lack of interesting and exciting story to go with this series. I’m like 10 pages away from finishing it but it’s just gotten too much because of the many things happening in the book and I think I pretty much wasted my time reading it. I’m sure glad that I didn’t get Peter’s story.