[Book #2 of Better Than Series by Lane Hayes] 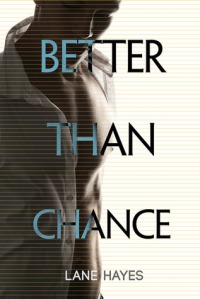 Jay Reynolds has a crush on his project leader at work, but an office romance with Peter Morgan isn’t likely to happen since Peter is straight. Worse, Jay soon fears Peter is homophobic, and his initial infatuation turns to loathing. But one fateful night, Jay is forced to acknowledge things aren’t quite as they seem with Peter. Suddenly, his crush is back and unbelievably, Peter is interested too.

They begin as friends with benefits arrangement, which becomes difficult for Jay when he starts falling for his sexy boss. Peter’s past issues keep him from committing, and Jay has to decide if he can be satisfied with friendship if Peter isn’t ready to take a chance on anything more. via Goodreads

There’s something about the characters in this book that makes you like them instantly. Jay and Peter are both beautiful, successful and they have great chemistry. This story is basically a beautiful ‘friends with benefits’ story and its premise was, IMO properly milked by the author. It could’ve been shorter since the story didn’t deviate much from its main plot but yeah’ I loved the way it was written. It’s just a bit weird reading this since their story transpired prior to the couple (Aaron and Matt – Better Than Good) from the book one of the series getting together. But hey, it was really nice reading their love story though I still liked the first book better. This is definitely a MUST-READ though.

This entry was posted in Books and tagged Better Than Good, Better Than Series, Book Review, Lane Hayes. Bookmark the permalink.