Book Review: The Ghost On My Couch – L.A. Gilbert 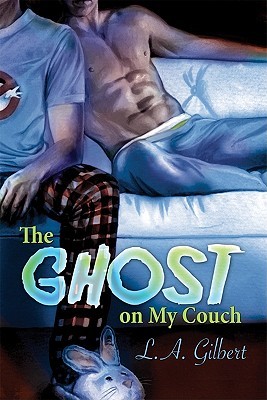 This story reminds me so much of the movie Just Like Heaven starring Reese Witherspoon & Mark Ruffalo. This time though, it was the other way around. The Nurse (not a Doctor this time) is the one who is haunted by a ghost (a patient at the hospital where is he working) at his flat. I think there’s a very limited way to go with this story – it tends to go around the same way and the same plot lines but it’s always refreshing to have different personalities to different characters. I think the author even got his inspiration from said film – I could totally be wrong though.

Alex Tanner is a male nurse who’s got a pretty routine life between the hospital and his television shows. He’s got standards on choosing his partner – tall, dark and handsome. After one of his shitty days at work, he came home and was greeted by no less than a ghost. Sid Jones – the friendly ghost haunting his flat who made him feels special and is no way up to his usual standards. And why would he be thinking of his standards and said ghost?

I so get the magical realism used in this novel and I loved that it didn’t lessen my liking for the characters all throughout the story. There’s a certain charm going on about Alex and his friendly ghost. There were also some funny moments – especially when Sid gets upset and hides in the fridge. That was just funny and so endearing. The whole story may have some sort of loophole at the end – just a few nagging questions but it’s easy to ignore them because this book was written so beautifully. I can’t believe this came from the author who gave us the heart wrenching The Coil. This is definitely a must-read and I’m glad that someone recommended it to me.