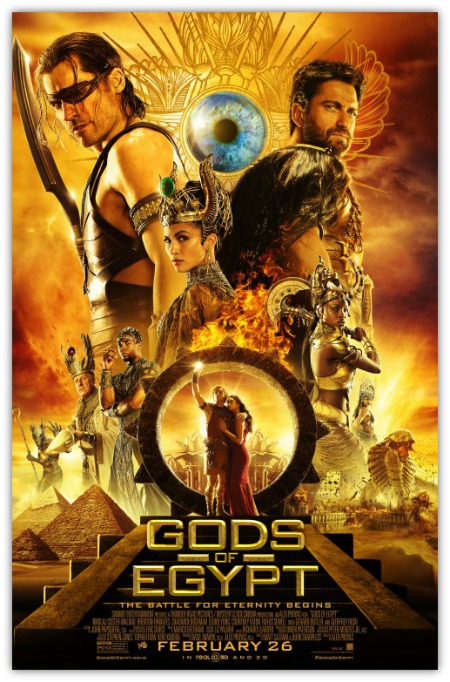 Gods of Egypt may just be the worst film I’ve seen this year or from the last two years if I’m being honest. The whole thing was just horridly executed with a very weak storyline, unimpressive CGI’s and overall performances of actors who didn’t quite deliver the goods.

I am so much up for epic films. I loved me some mythical creatures – fiction or nonfiction and loved my history lessons but this didn’t quite get me to that place where I was left in awe-inspiring wonder of the world the film was trying  to create.

Let me just say how awfully off the humor was. It’s just all awkward and wished that it was just all grit. Why does it have humor in the first place?

Speaking of grit – it was zero. Nada. Nil. I would appreciate a grittier execution ala-300 than the awful, puke-inducing cheesy lines from each character with the rather dull CGI’s.

Meanwhile, lead stars Gerard Butler (Set), Brenton Thwaits (Bek) and Nikolaj Coster-Waldau (Horus) were like one actor with multiple roles (just ridic af) and that’s not good in my book. Not even Geoffrey Rush whom I loved dearly could save the film because he’s just all kinds of out of place here.

One thing that may have some merit here is the costume design and absolutely nothing else.

There may be some people who may enjoy this one but I honestly cannot fathom why they would…just saying.