On December 17 (Bangkok Time), the most beautiful day in the Universe will be held at the Impact Arena in Bangkok, Thailand.

Demi-Leigh Nel-Peters will crown her successor for the Miss Universe crown. So without further ado, let me present to you my Top 15 for the month of August! 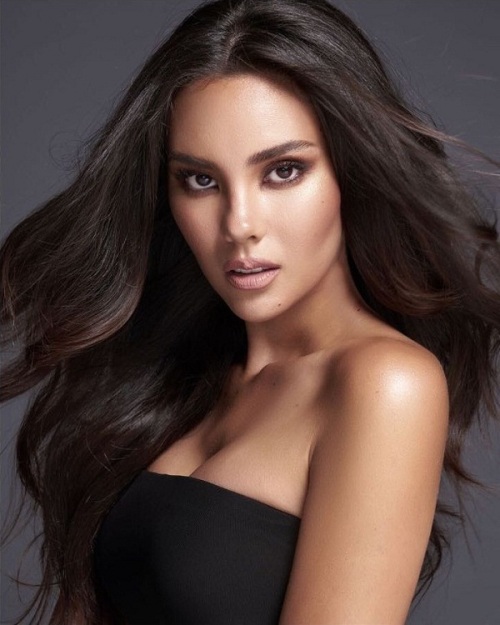 1. Philippines – Catriona Gray
Catriona’s main weapon heading to Bangkok this December is her gift of gab. She is without question one of the best communicators to ever represent the Philippines in Miss Universe. With her modelesque features, alluring beauty and her large fan base across the globe amassed after her 2016 Miss World stint, Catriona is definitely the one to beat at this point.

2. South Africa – Tamaryn Green
The pressure is on for Tamaryn this year and she’s expected to deliver after Demi-Leigh Nel-Peters mounted a campaign so strong last year that ended their 39-year Miss Universe title drought. Her background as a medical student would be an advantage for her to push a related advocacy. Her towering height and beautiful complexion will be hard to ignore, so there’s a high probability for her to come on top this edition of the pageant if she’s as strong-willed and as confident as Demi-Leigh.

3. United States – Sarah Rose Summers
Sarah Rose reminds me so much of Miss Universe 2012 Olivia Culpo. They both have great and sunny personalities and it’s not hard to imagine her duplicating what Olivia did 6 years ago. Her beauty may not be as versatile but what she lacks in that aspect, she makes up with her larger-than-life personality. For now, she’s in a safe third place for me.

4. Canada – Marta Stepien
Marta is the beauty pageant contestant doppelgänger of Taylor Swift. She is one of the latest confirmed contestants having recently won her national pageant. She skyrocketed to the top 5 right away by here mere sex appeal alone and that’s says a lot about her. Marta may just duplicate her compatriot’s accomplishment in 2015 when Natalie Glebova took the title away from the Latina. Is Bangkok Canada’s lucky city?

5. Thailand – Sophida Kanchanarin
Sophida’s beauty is a polarizing one and she definitely has a big shoes to fill after Maria Poonlertlarp cracked the top 5 last year in Vegas. She may not be everyone’s cup of tea but for me, she’s a diamond in the rough. I’ve a feeling that she’ll shock everyone come pageant proper.

6. Venezuela – Sthefany Gutiérrez
Sthefany is the first contestant confirmed for this year’s pageant and like Sophida, she’s also got a lot to prove as her predecessor Keysi Sayago reached the final five last year. She’s been widely praised for her exotic beauty with her so-called ‘Pocahontas’ hair but I’m honestly still not convinced that she could duplicate or even surpassed Keysi’s feat last year. I still think though that she’s still one of the strongest candidates this year.

7. Ecuador – Virginia Limongi
If there is someone as polished as Catriona Gray, it would be Virginia Limongi. She reminds me so much of Sofia Vergara although she have to be careful because she tends to look old at times. I won’t put her this high but the hype around her is pretty convincing so for now, she definitely have her place on my hot picks.

8. Vietnam – H’Hen Niê
Vienam’s H’Hen Niê is definitely the Kaci Fennel of this edition. I’m not sure how well she would be received by the preliminary judges but given the right training and styling, I could see her going far in the competition.

9. Korea – Baek Ji-hyun
She’s one of the recent contestants to be confirmed and I am absolutely loving her. She’s giving me the Honey Lee vibe and if she continue to improve until December, I’m definitely seeing her usurping early favorites for the crown.

10. Brazil – Mayra Dias
I loved Mayra’s beauty because she reminds me of the Latina heavyweights of the early 2000’s. This may either be an advantage or a disadvantage for her depending on her styling come pageant season. She is definitely going to make it, beauty alone.

11. Australia – Francesca Hung
Chinese-Australian Francesca is a welcome change for an Aussie delegate in this edition. If you search online for her make-up less face, you’d see how gorgeous she is. She’s definitely going to be a hit in Thailand with her biracial beauty.

12. Japan – Yuumi Kato
I adore Yuumi Kato! I feel that she’s one of the strongest Asian delegates this year and if Japan will make it again into the Top 5, she should be able to make it happen.

13. Spain – Angela Ponce
I loved that she’s making history as the first transwoman to compete in Miss Universe but generally, I do not find her at par with the contestants I have on my top 10. Maybe they should change her styling? Or perhaps with less make-up? I mean, she is definitely going to be in the semis but how far do I think she can go? Uhm, for now – top 15 at the most.

14. Mexico – Andrea Toscano
Oh, I loved Andrea even though she look a bit pageant patty to me. Nothing wrong with that but I’d love for her to sport a pony or perhaps more extension. No to heavy make up and she’s good to go for the Evening Gown round.

15. Nicaragua – Adriana Paniagua
Adriana is a quality rep for Nicaragua. She looks a bit old at times but I feel that it’s only because of her styling. I also want to see her with straight hair and I think that would make her more ravishing.