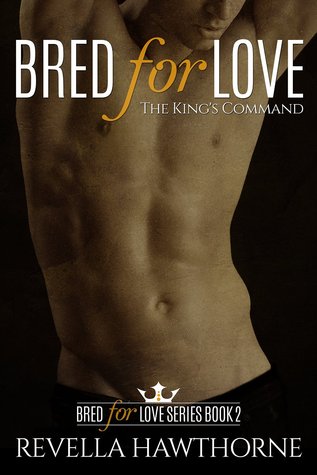 Blurb: Percy is pregnant. He is overjoyed, and Prince Edward, his master and owner, is just as happy. Both men are content, and are enjoying the simple life at Hartgrove, Prince Edward’s country estate. There they stay in pre-baby bliss, until the christening of the Cassian Dynasty’s newest princeling approaches. Prince Edward decides to risk King Henry’s wrath, and brings Percy back to the capital to attend his nephew’s christening, putting his and Percy’s unconventional relationship front and center in the media and the court. Rumors abound about the two lovers, and a strange and unusual threat to Percy surfaces, leaving Prince Edward regretting their return to the capital. Percy is confronted by the reality of his social status and what exactly it means to be the collared consort of a Cassian blood prince–and how dangerous that place of honor can be.

Caught between the orders of King Henry and the dangers lurking in the shadowed alleys of the capital, Percy and Edward strive to protect themselves, their love, and their unborn child.

Now, this one was still a very exciting read! I loved that we are learning more about the royal family and the development of Edward and Percy’s relationship tho, quick was very much believable.

This one didn’t disappoint one bit when it comes to the progression of the story because as we go along, there are a lot of things happening in it. We also get to know more about Reynard – Mason’s ‘bestfriend’ / Percy’s bodyguard. I just loved all the alpha males in this series! They’re just so sexy!

I also loved how this story felt like a throwback what with all the royal talks but since it’s set in the future – the uniqueness of its storyline is still as fascinating as its first installment.

This is definitely a must-read!

About The Author
Pen name for m/m author SJ Himes.

No more release dates until books are 100% done. I self-publish, and trying to find a system that works for me has been trial and error.

I am active on Facebook and Twitter. Find me there for up to date and accurate release information.