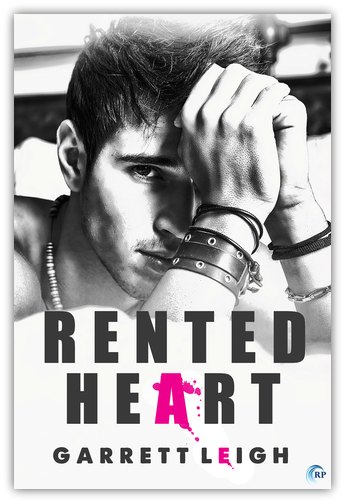 How I enjoyed reading this one! So far, I’ve read three books from the author just this year (including this one) and I enjoyed them all!

First though, can we just take a minute to admire the book’s beautiful cover?

Now with the story; it’s actually pretty simple but with a lot of angst from its main characters. We have Liam languishing in his lonesomeness months after his husband’s death and we have rent boy Zac who shoulders the responsibility of looking after his best friend, Jamie who apparently saved his life in the past. When they made their initial ‘transaction,’ they didn’t expect the spark that will ignite between them. Liam thinks that he’ll never fall in love again. Zac on the other hand doesn’t think he deserves Liam’s attention. When Zac’s life was put in peril, Liam had to decide whether he’d allow love to find its way between them and heal Zac’s rented heart.

Okay, so that’s my version of the blurb ^^ sounds more dramatic yeah? But I just loved Liam and Zac! They have such likability that you’d really root for them right off the bat. The plot of this story has been told several times if I’m being honest but the way Leigh told Zac and Liam’s story is just beautiful. There’s vibrancy in it, there’s the emotional depth with her characters and there’s consistency from start to finish so you’d really have to be on a comfy couch or bed before reading this one because I’m telling you, once you started this one, you’d want to finish it right away!

I am now getting the drift of Garrett Leigh’s writing style. She’s the kind of author who loves her character damaged and needed saving, she loves a good story of redemption, she’s the kind of author who writes about second chances. This feels like her own kind of sub-genre and she’s just so good in it. I am highly recommending this book! It’s just worth every minute reading it!

Garrett’s debut novel, Slide, won Best Bisexual Debut at the 2014 Rainbow Book Awards, and her polyamorous novel, Misfits was a finalist in the 2016 LAMBDA awards.

When not writing, Garrett can generally be found procrastinating on Twitter, cooking up a storm, or sitting on her behind doing as little as possible, all the while shouting at her menagerie of children and animals and attempting to tame her unruly and wonderful FOX.

Garrett is also an award winning cover artist, taking the silver medal at the Benjamin Franklin Book Awards in 2016. She designs for various publishing houses and independent authors at blackjazzdesign.com, and co-owns the specialist stock site moonstockphotography.com with renowned LGBTQA+ photographer Dan Burgess.

ARC provided by the publisher via Netgalley for an impartial review.