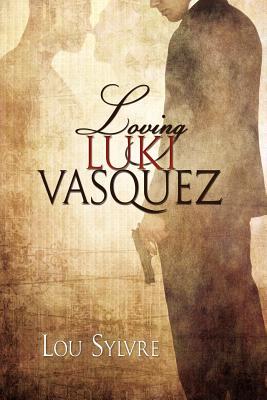 Blurb: Reclusive weaver Sonny Bly James controls every color and shape in his tapestries, but he can’t control the pattern of his life—a random encounter with Luki Vasquez, ex-ATF agent and all-around badass, makes that perfectly clear. The mutual attraction is immediate, but love-shy Sonny has retreated from life, and Luki wears his visible and not-so-visible scars like armor. Neither can bare his soul with ease.

While they run from desire, they can’t hide from the evil that hunts them. After it becomes clear that a violent stalker has targeted Sonny, Luki’s protective instincts won’t let him run far, especially when Sonny’s family is targeted as well. Whether they can forgive or forget, Sonny and Luki will have to call a truce and work together to save Sonny’s nephew and fight an enemy intent on making sure loving Luki Vasquez is the last mistake Sonny will ever make.

I actually find the story a bit odd yet very endearing. Odd because Sonny’s supposed “recluse artist” persona contradicts his actions in the book. He’s not withdrawn, he’s quite socially functional and he’s got a smart mouth which was pretty funny.

There was also the twist that was so out of nowhere I felt that the back-story wasn’t enough to support the whole premise. See, before our couple met, Luki was (supposedly) already under surveillance from his somehow very devious and smart half-brother Mariano Royce who’s already surmising that Luki will end up with Sonny James. Assuming much? Coincidence? Nah. That was just one of the weakest parts in the story.

I am however very much in love with the great chemistry between Luki and Sonny. The story telling was shaky but our couple is solid enough to merit this first book in the series 4-stars rating.