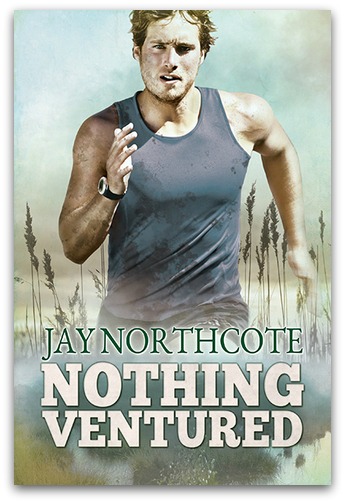 BLURB: When Aiden agrees to run the Mad Mucker—a twelve-mile muddy slog over an obstacle course—he’s expecting it to be a bit of a laugh. The training will be tough, but Aiden could use the motivation to regain some fitness.

Matt is the sexy cousin of one of Aiden’s coworkers and a last-minute addition to the team. When he agrees to train with Aiden, Aiden suddenly finds the prospect of regular workouts a lot more appealing.

I’m not really that sold with this story. I still question Matt’s sincerity towards Aiden. He’s bisexual and was too cynical to give love a chance – with a guy, that is. Yes, there was great chemistry between them but I find Matt too conscious for his own good. It feels like everything he’s doing was calculated. The ending isn’t that great as well. I was maybe hoping an engagement of some sort to cement Matt’s level of commitment on Aiden. The set up Aiden had with his friend was way hotter than the actual detailed sex scenes with Matt. There you go…I guess some people would enjoy this since it’s a fairly quick read though the story isn’t hat explosive as I expected it to be.

This entry was posted in Books and tagged Book Review, Jay Northcote, Nothing Ventured. Bookmark the permalink.