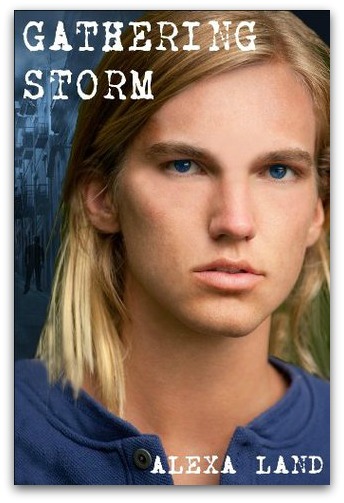 Fortunately, Hunter has allies, including his best friend Christopher and Nana, a feisty senior who’s decided he’s family. And then there’s Brian Nolan.

When Hunter first meets the angry, wheelchair-bound former Marine, it’s hate at first sight. But despite his shattered body and tattered psyche, Brian might turn out to be the best ally of all.

This is one of my favorites amongst the seven stories in the series so far. I love Hunter and Brian together and thought that their past balanced each other out.

I thought it’s an incredible story of redemption. The tenderness and protection they offered each other was so beautiful to read. I loved that Hunter does not treat Brian differently because of the latter’s disability. It was nice how they were like cats and dogs at first and finally fell for each other with a wee bit distraction of that crazy stalker. It’s a beautiful story that also introduces us to new characters which I’m already excited to read about!