Not Much Of A Difference 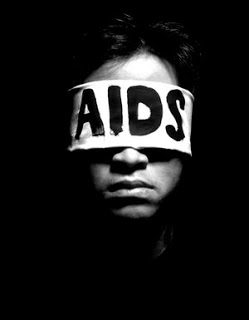 There’s not much of a difference between Africa and Asia or America and Australia.

There’s not much of a difference between a homosexual and a straight man.

There’s not much of a difference between a pregnant woman and a newborn infant.

Yes, there’s not much of a difference…

What will make a difference though, is YOU.

An open mind and an understanding heart

So spread the knowledge and not the virus!

I remember writing this one over my old Blogger account back in December 1, 2009 and decided to post it here five years after – it’s World Aids Day today. It is held on 1 December each year and is an opportunity for people worldwide to unite in the fight against HIV, show their support for people living with HIV and to commemorate people who have died. World AIDS Day was the first ever global health day and the first one was held in 1988.

In the Philippines, the increasing number of human immunodeficiency virus-acquired immunodeficiency syndrome (HIV- AIDS) cases is quite alarming especially with the study conducted by the Department of Health (DOH) stating that more young Filipinos have acquired HIV. Data from the Philippine HIV/AIDS Registry showed that in January this year alone, 118 of the new HIV patients belong to the 15 to 24 age bracket.

This increase of HIV Cases prompted lawmakes to ammend the Republic Act 8504 or the National AIDS Prevention and Control Act of 1998 stating that said law’s provisions “no longer respond to the current challenges of the concentrated HIV epidemic in the Philippines.” Representative Rodel Batocabe of Ako Bicol said the proposed amendments seek to promote HIV testing of minors even without parental consent. source

The proposed amendment still remains a contentious issue in the congress. But really, this information is really disconcerting especially with kids getting involved in risky sex. I won’t even go over the RH Law debacle because it’s just frustrating to hear sides warring instead of actually listening. I think with these new developments, we should all just be together and keep an open mind in supporting each case and battling the disease.

3 responses to “Not Much Of A Difference”