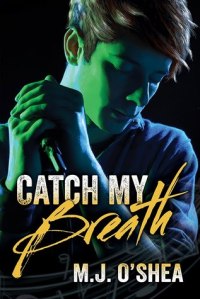 When Danny Bright and four other guys are put together in a boy band, his dream of becoming a singing star seems to be within his reach. He and the shy Elliot Price were the closest in the group, a closeness that blossomed into something they have not expect to find while starting out their careers. This however was discovered by their management resulting to a barrage of lies, deception and cover-ups which put a strain in their relationship – with money as the bottom-line of it all.

I’ve to say that this is by far my most favorite novel by M.J. O’Shea. It’s beautifully written with amazing and interesting characters, very characters and the feels – romantic as hell.

Danny and Elliot are sweet and delightful as a couple. It almost hurt to see them being restraint from declaring their love in the open. I loved how the author made a pretty current and realistic approach in dealing with gay issues involving the couple. I wished, though, that there’s more backstory regarding Danny. I feel like Katie’s [His girlfriend] his only “background” connection and his “wealthy” upbringing. Elliot on the other hand is perfect in every sense. I love his naïve views which totally coincide with his shy and sweet persona.

And don’t get me started with Webb, Reece and Tate. [Danny and Elliot’s bandmates] They’re a bucketful of sweethearts! I was hoping that Webb may not be straight at all and he’d be paired with Chris Collins (a second book perhaps?). Oh well, that’s just me daydreaming. I’d love for such a spin-off to really happen!!! *keeping my fingers crossed*

So there you go folks, if you’re up for some sweet, bubblegum pop romantic story – I guess this one’s the right fix for you. >_@