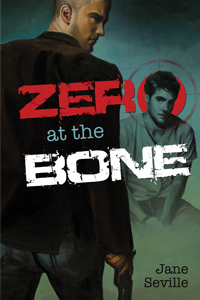 I’m literally berating myself for not reading this book sooner. This is Jane Seville’s debut work and it’s a fantastic debut! D is a hired killer tasked to finish off Dr. Jack Francisco – a witness to a crime involving the ‘big mafia shit’ and was placed in the witness protection program. What started as a job turned into something that neither man expected.

I just loved the continuity of this story all throughout. D is such an interesting character and the way he speaks – like seriously, that is such a turn-on. I know right? But seriously – damn. While I was reading it, I could almost hear the way he speaks. He reminded me a bit of Tyler Grady from the Cut and Run series whom I adore so much! Jack on the other hand reminds me of Ty’s partner Zane! How wicked is that?!

The whole assassin thingy is perfection! It’s exciting and exhilarating. Jane Seville knows how to keep her readers on edge. There were no boring moments in the book at all. I actually almost felt bad after finishing the book because I still want more and I’m glad that there’s actually still more of this two! Can’t wait for it!

About The Author
Jane Seville is an author living in Columbus, OH. She enjoys reading and writing about good-looking men doing naughty things to each other. She grew up around gay men; her mother directed the local gay men’s chorus. Then she went off to a women’s college, where as you might guess, she was surrounded by gay women. Despite not being gay herself, Jane has always had a deep connection to the gay rights’ movement and continues to do whatever she can to help its advancement.

This entry was posted in Books and tagged Book Review, Dane Anson, Jack Francisco, Jane Seville, Zero At The Bone. Bookmark the permalink.