Now that the Binibining Pilipinas 2018 season is finally over and the new queens have been crowned, I now have time to update myself with some ANTM stuff. I was able to catch last week’s episode but was too occupied to do a recap of some sort.

Anyway, just to give you a quick recap from the ninth episode – as you may already know, nobody got the boot since perceived frontrunner Brendi K decided to quit. Mind you, I’ve just read that she actually got arrested last January 28, 2018 on some sort of court violations. (didn’t get much of the details about her arrest tho 😦 )

Moving forward to the 10th episode – it was a predictable episode with Erin finally ending her stint because seriously, nobody expected her to last this long if we’re all being honest. I mean, I loved her but she was mediocre all througout the season.

This episode also created a subplot for Shanice to steal the whole thing from Khrystyana. And no, this isn’t a spoile. I just think that this is Khrystyana’s title to lose from the start.

The remaining six contestants did castings in Los Angeles for Chris Mena and Maggie Barry with Kyla and – surprise! – Rio winning the challenge thus getting the opportunity to walk their runway shows. Ugh. I just want Rio gone tbh. I am tired of her.

And what do you know? Nope. Rio actually got the best photo. I guess, congratulations…

Here are the cover try photos of the girls for Paper Magazine where the winner will have a fashion spread and of course, with Paper magazine chief creative officer Drew Elliott as one of the judges – they know how important this is. 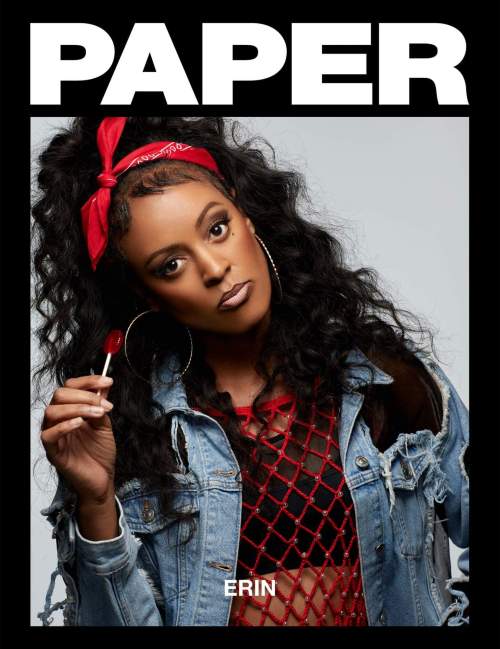