15. The appeal of Ainjely reminds me so much of Nicole Marable and Imelda Schweighart (Binibining Pilipinas contestants in 2012 and 2013 respectively.) I’m saying this because like the two mentioned, Ainjely’s beauty is a fresh one that easily attract its audience. I just feel that she’s still too raw to win any of the crowns.

14. I’ve always been a big fan of Diana eversince her first Binibini stint and in 2011, I thought she should’ve placed higher. With her third time joining the pageant, I still find her extremely charming  and more beautiful. Something was missing though, her spark was nowhere to be found. It is with great sadness that I’ve to place her this low on my list but just the same, I’m still a fan. 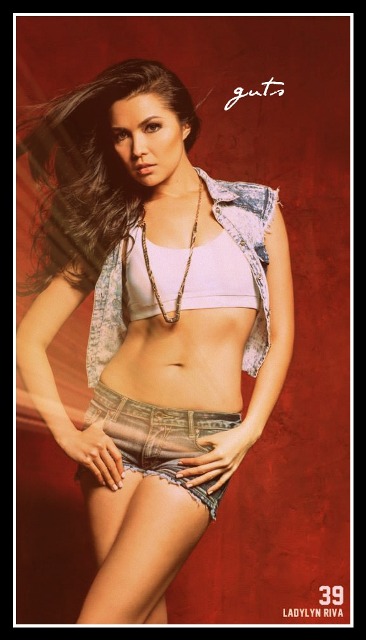 13. From the very start of the competition up to this point, Ladylyn has shown a pretty consistent performance. She’s actually prettier than her 2011 stint and I now feel that she has matured – both physically and intellectually. Indeed, she’s got the goods but does she have the guts to take it to the next level? Methinks still not this time.

12. I always admire a girl who is proud of her roots and I think this trait is what is so charming about Vessica. I love that she’s feisty yet looks extremely feminine. This girl has a  big future ahead of her and I’m looking forward to see her competing more. She still has a lot to learn for a Binibini tilte but she’s getting there.

11. Parul Shah is such an unforgettable name. Had Parul not stumbled during her Q&A last year, she could’ve been one of the crowned golden Binibinis. Alas, she was “eradicated” from the contention and came back this year “more ready.” She is by any aspect a contended but for some reason, Parul somehow lost her charm and look likeable which I believe is far more important than a great answer to the Q&A.

10. With a unique name and a towering height, Ednornance isn’t just a mere model material. I feel that that given the right styling and personality development, she could easily annihilate any beauty competition. Not this time, though.

9. Racquel for me is a better version of Jennifer Barrientos. What’s more is that she’s way taller than our 2008 Miss Universe representative. This gives me hope for her that when she’s ready to take the national title, she could easily win the international crown – in time.

8. With a polarizing beauty much like Janine Tugonon, Angelique is set to pull some trick comes finals night. I’ve a feeling in my guts that she’d do well on the 30th. Disregarding that, Angelique for me is unquestionably beautiful! 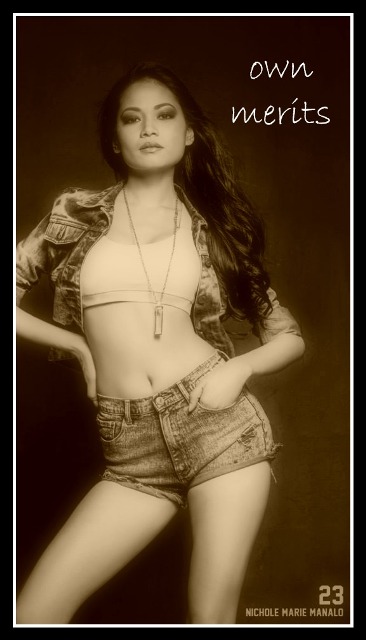 7. The third Manalo sister pulling all the stops to win a crown isn’t that impossible a job. She’s tall, beautiful and smart enough to clinch a title. After impressing me during the primer, I placed her easily on my upper tier but considering the duration of the pageant, I just have to place her conveniently outside the crown contention. She may have her sisters to back her up and has very good potentials to win on her own merits, I still feel that she could only go this far, atleast for now. 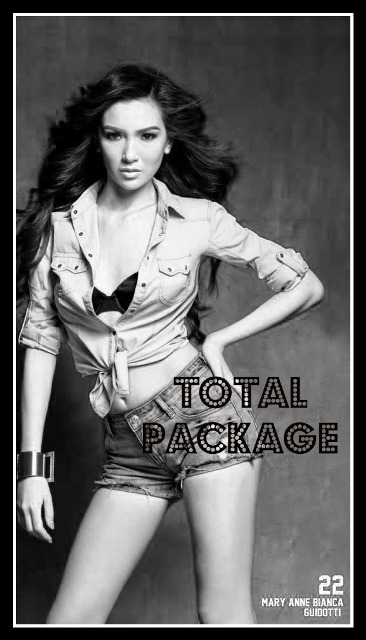 RUNNER UP NO MORE 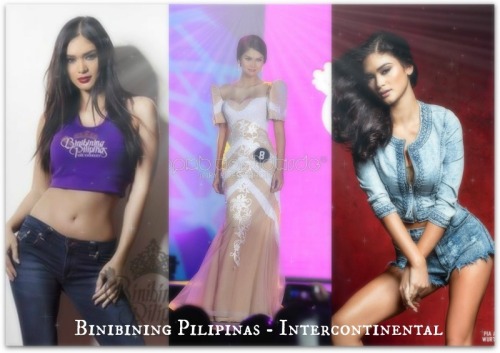 Pia conveniently benefited from her Binibining Pilipinas training last year as the lone runner up from the golden edition. She seemed more ready and won’t settle for anything less this time. A stunning mestiza at its core, it is justifiable to award her the debuting title of Binibining Pilipinas Intercontinental.

FROM HEAD TO TOE

Joy Diaz may very well be crowned the Binibining Pilipinas – Tourism Queen International for she possessed an impressive academic background that goes well with her international appeal. From head to toe – Joy can totally deliver when needed.

BACK TO BACK SUPERIORITY

After Mutya Datul’s historic win last year as the first Filipina and first Asian Miss Supranational, I think it is only natural that we send another head turner that is as superior as that of Mutya. With that in mind, Yvethe Santiago (whom I picked  during my 1st and 2nd hot picks as my Miss Universe Philippines) became my final choice  not because I feel that she won’t do well in Miss Universe but because I feel that after Mutya, we shouldn’t easily let go of the Miss Supra crown if we could easily get hold of it again. A back to back win would be an easy job for Yvethe, no doubt. 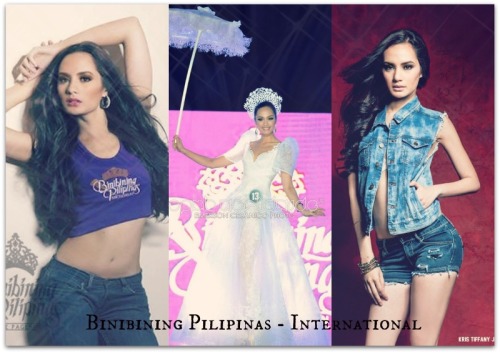 It’s very easy to say that Kris Janson is the Miss International prototype that we’ve had in years from our delegates. This maybe true but keeping that aside, Janson without question maybe the most conventionally beautiful contestant this year. A superior beauty that you cannot fault in any way. If Bea won the hearts of Tokyo with her speech and elegance, Kris can wow them with her sheer beauty and cultured eloquence.

THE BRIGHTEST STAR IN THE UNIVERSE

Mary Jean Lastimosa or MJ as she was fondly called never ceases to amaze her fans with her tireless smile in every event of this year’s edition. This is MJ’s third try to win a crown and her perseverance is more impressive than any other repeaters this year. MJ has more competition, no doubt, to win the most coveted crown but I feel that she’s up there and would never let go of what she’s holding on right now without clinching that title. MJ clearly did not diminish as a front runner and she’s bound to finish her last hurrah for the crown, all smile because she knows that after all the heartbreaks and disappointments, she’d still end up successful. After all, she’s still the brightest star in the universe.